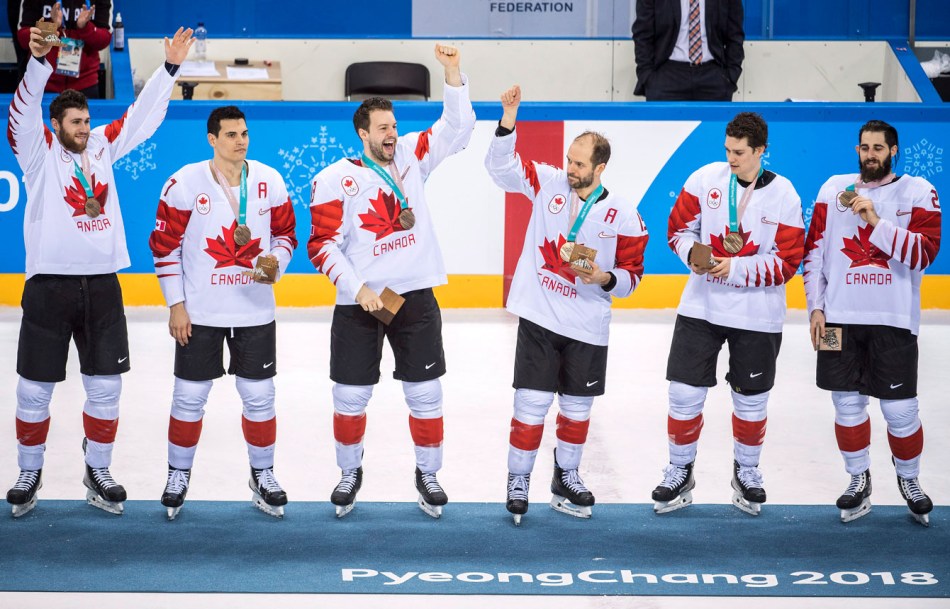 Though it may not be the “best-on-best” showdown many fans have dreamed about, we know that the men’s hockey tournament at Beijing 2022 will still be full of intrigue and excitement.

After all, it was only four years ago that a team of non-NHL players had the chance of a lifetime to join forces as Team Canada, resulting in an Olympic bronze medal at PyeongChang 2018.

While the news that the likes of Sidney Crosby and Connor McDavid won’t be wearing the red maple leaf in February might be disappointing to some fans, there has always been a backup plan.

Here’s what you need to know about the contingency planning that’s been happening just in case the NHL and NHLPA had to step back from their commitment to compete at Beijing 2022 because of concerns related to COVID-19.

Who will be on Canada’s Olympic men’s hockey team?

As it was for PyeongChang 2018, players based in European leagues, the American Hockey League, and the NCAA will likely be under consideration for the Olympic roster.

“In Canada, we are fortunate to have the opportunity to evaluate and select talented and hard-working players and personnel that play and work in various leagues around the world, and we look forward to assembling a team of highly-skilled players and staff that have worked hard to earn the opportunity to the wear the Maple Leaf with pride on the world stage. We know that Canadians across the country will be proud to cheer on Team Canada in February, and we look forward to working with our hockey operations staff to assemble a group that gives us the best possible chance to bring home a gold medal.” – Hockey Canada statement

Shane Doan is expected to serve as the general manager with Claude Julien as head coach. Both men had been named to those positions with Team Canada for the Channel One Cup and Spengler Cup, two tournaments traditionally held in Europe in December.

It was intended that those tournaments would provide Hockey Canada the opportunity to evaluate Canadian players based in Europe, including the KHL. Canada finished third overall at the Channel One Cup in Moscow, which also featured teams from Finland, Russia, Sweden and the Czech Republic.

However, it was announced on Monday December 20 that Canada was withdrawing from the Spengler Cup in Davos, Switzerland out of concern for the health and safety of players, coaches, and staff.

There is definitely something special about being part of the Olympic team, as recently noted by one player who competed at the Channel One Cup:

O’Dell wasn’t the only Olympian on the Channel One Cup roster, as he was joined by Chay Genoway and Mat Robinson who also helped bring home that bronze from PyeongChang.

A couple of other notables who competed in Moscow include goaltender Justin Pogge, who backstopped Canada to gold at the 2006 World Junior Championships, defenceman Jason Demers who has almost 700 games of NHL experience as well as a world silver medal from 2017, and defenceman Brandon Gormley, who suited up for Canada at the 2012 World Juniors.

The absolute deadline for athletes to be entered to compete in Beijing is January 24.

Who will Canada play in men’s hockey at Beijing 2022?

Can Canada win an Olympic medal without NHL players?

The short answer is: of course! You need look no further back than the bronze from PyeongChang 2018. But if you do go back to before NHL players began participating, you’ll see that Canada won silvers at Lillehammer 1994, losing the final to Sweden in a shootout, and at Albertville 1992, when the Unified Team (formerly the Soviet Union) was still the major powerhouse in international hockey.