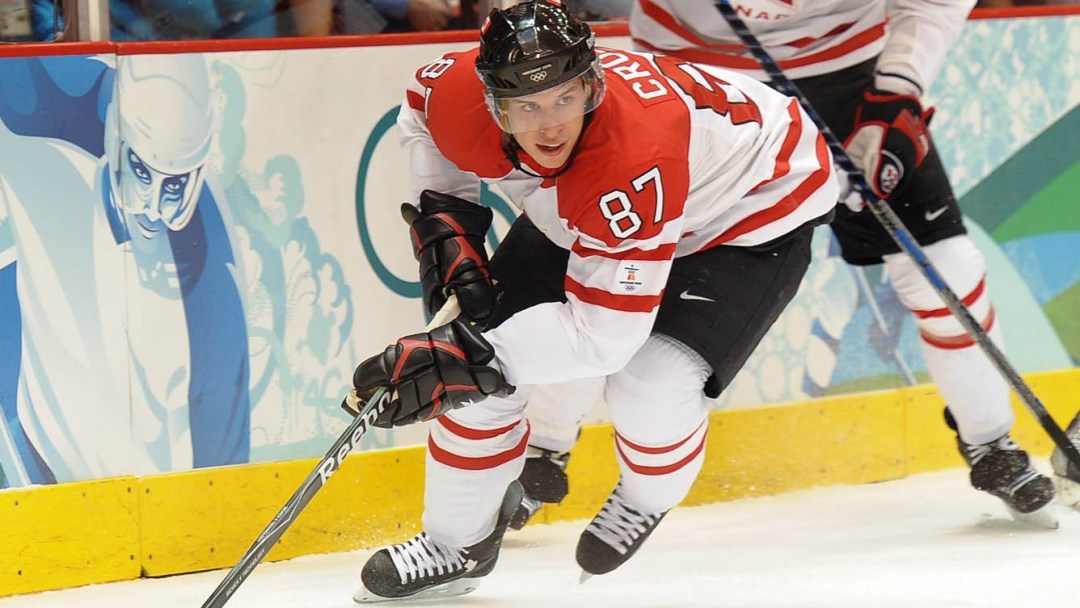 Sidney Crosby made his Olympic debut on home ice at Vancouver 2010 where he scored the “Golden Goal” against Team USA in overtime to secure Canada’s record 14th gold medal of the Games. At Sochi 2014, Crosby served as the team’s captain, leading Canada to back-to-back gold medals.

Crosby’s first time wearing the maple leaf was as a 16-year-old at the 2004 IIHF World Junior Championship where Canada won silver. He would return to the tournament in 2005 and help Canada secure the gold medal. In 2006 he competed at the IIHF World Championship and led the tournament in scoring with eight goals and eight assists and was named Best Forward as Canada finished fourth. He returned to the IIHF World Championship in 2015 to help Canada win gold, making him a member of the Triple Gold Club. He was also a member of the victorious Canadian squad at the 2016 World Cup of Hockey where he led the scoring with three goals and seven assists.

Crosby was inducted to the Canadian Olympic Hall of Fame in 2012 with his teammates from the 2010 Olympic hockey team.