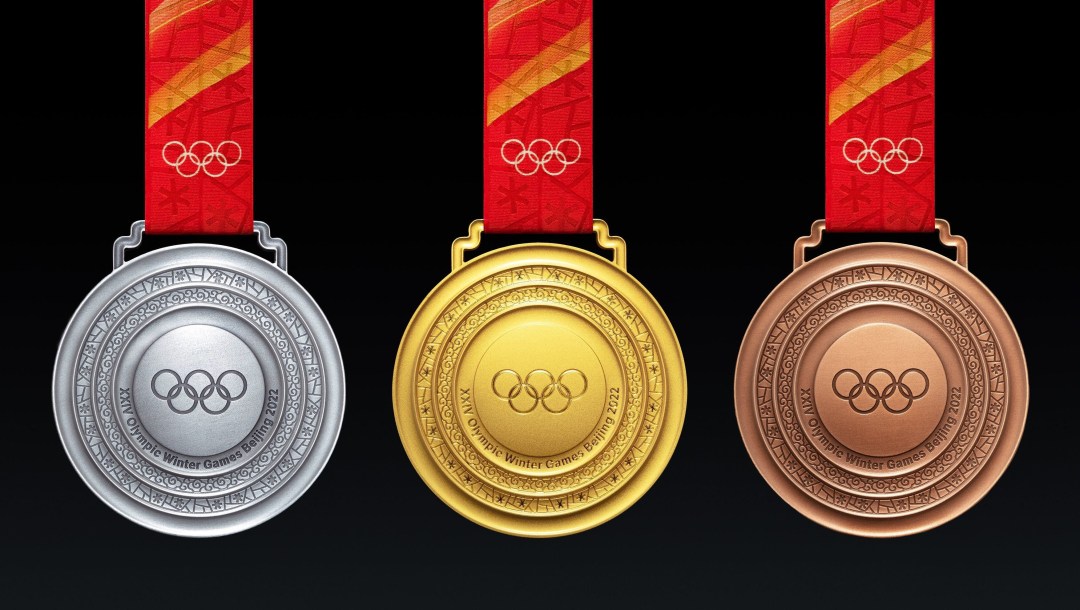 When Team Canada athletes go for gold in February, we now know exactly what those gold medals – as well as the silver and bronze – will look like.

The medal designs for the Beijing 2022 Olympic Winter Games have been unveiled as part of the 100-day countdown celebrations.

The medals are named “Tong Xin”, meaning “together as one”, and are each composed of five rings and a centre. The rings are intended to represent the Olympic spirit bringing people together as well as the splendour of the Games being shared around the world. The design is based on ancient Chinese jade concentric circle pendants.

The shape of the medals is simple and classic. They also bear resemblance to the jade-inlaid medals awarded during the 2008 Olympic Summer Games. This was an intentional reminder of the fact that Beijing is the first city to host editions of the Summer and Winter Olympic Games.

On the front, the Olympic rings are engraved in the centre, surrounded by patterns of ice, snow, and clouds. The shallow carved designs on the rings are all based on traditional Chinese pattens.

On the back, the Beijing 2022 emblem is at the centre with the official name of the Games written in Chinese engraved around it. There are also 24 dots engraved for the 24th edition of the Olympic Winter Games, which are placed to resemble a celestial map. This represents the hope that athletes shine like stars with their performances. The event for which the medals will be awarded are also engraved on the outermost ring.

The Opening Ceremony for the Beijing 2022 Olympic Winter Games will take place on February 4 and the first medals will be awarded the very next day.