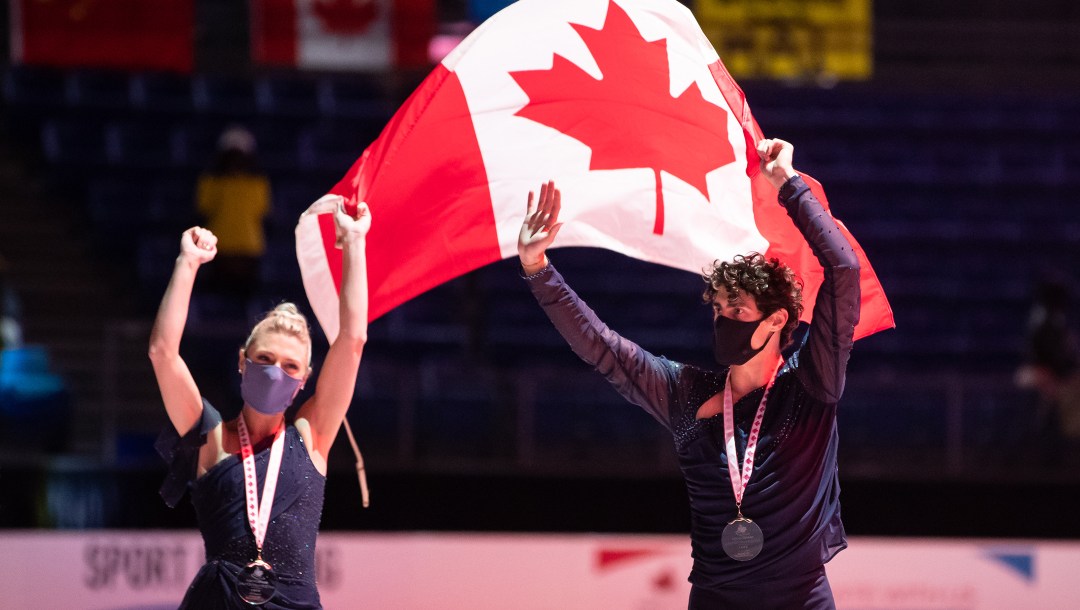 Piper Gilles and Paul Poirier stole the show on home ice in Vancouver, British Columbia as they took first place in the ice dance event at Skate International Canada.

The Canadian pair finished with a score of 210.97 as Charlene Guignard and Marco Fabbri of Italy (200.05) and Olivia Smart and Adrian Diaz of Spain (192.93) rounded out the podium.

Gilles and Poirier set a new personal-best mark of 85.65 points in the rhythm dance on Saturday, improving on their previous record of 83.92 obtained at the ISU Four Continents Championships at the start of 2020. The duo was just as dominant in the second portion, the free skate, en route to their gold medal on Sunday.

‘’Our focus is on the Olympics and getting a medal there,” Poirier said after the short program. “We are very aware of all the places where we need to improve.”

Canadian dancers Marjorie Lajoie and Zachary Lagha also did well in the event with a sixth-place finish.

On the men’s side, Keegan Messing delivered an inspired performance as he snatched fifth-place with a final score of 238.34. On Friday, the Canadian skater used the energy of the crowd to land his combinations well, allowing him to post the third-best score in the short program. However, Messing was unable to maintain his place on the podium in the free skate the following day. American Nathan Chen dominated with a score of 307.18 to win the gold medal ahead of compatriot Jason Brown (259.55) as Russian Evgeni Semenenko (256.01) completed the podium. Canadians Conrad Orzel and Roman Sadvsky finished in ninth and 11th, respectively.

In pairs, Eric Radford and Vanessa James were the top Canadians with 187.92 points, finishing fourth overall. Two-time Canadian champions Kirsten Moore-Towers and Michael Marinaro were in good position to stand on the podium after the short program (4th), but a serious technical error in the free skate relegated them to sixth in the competition thanks to a final mark of 180.25. Fellow Canadians Lori-Ann Matte and Thierry Ferland finished seventh (168.81). Chinese Wenjing Sui and Cong Han skated to gold with a total score of 224.05, topping Daria Pavliuchenko and Denis Khodykin (193.08) of Russia as well as Ashley Cain-Gribble and Timothy Leduc (189.90) of the United States.