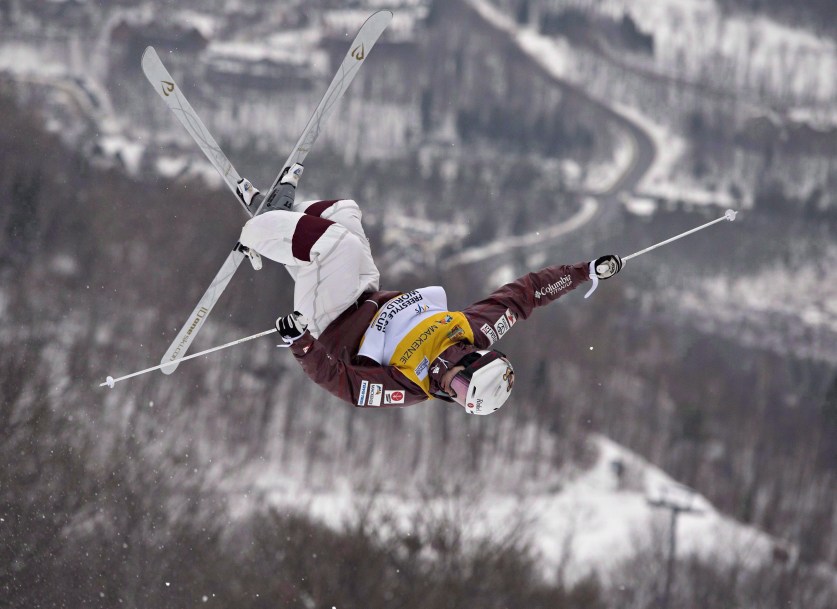 Get some air with Team Canada’s aerials and moguls skiers

With Beijing 2022 closing in, Canada’s freestyle skiers have been getting into the grind and training hard. As they go after the results that will hopefully earn them a spot on the Olympic team, these moguls and aerials athletes are getting themselves ready to compete on the world’s biggest stage.

Miha Fontaine comes from a deep tradition of skiing excellence. His father Nicolas was a three-time Olympian and a world champion in aerials. At just 17 years old, Fontaine is following in his father’s footsteps. He was the 2019-20 NorAm Cup champion and had his first full World Cup season in 2020-21. Check out what he’s been up to on the water ramps:

2. Rolling at the right time

Another 17-year-old, Émile Nadeau, flipped to his best ever World Cup finish in February when he finished fourth in Deer Valley, Utah. We get a glimpse of the hang time this teen is capable of here.

3. Poised for the Olympic podium

Marion Thénault stood atop the podium for the first time in her World Cup career in March, capping off her first full season on the circuit. The 21-year-old has had an extremely promising start to her young career and her acrobatics on the water ramps show why she’s poised to compete at Beijing 2022.

Two-time Olympic medallist Justine Dufour-Lapointe is hoping to qualify for her third Olympic Games in 2022. Needless to say she’s enjoying the ride, especially when it involves a helicopter in the Swiss Alps.

She’s still hard at work on the slopes, even if she is working on her disco moves at the same time.

Gabriel Dufresne has been competing in World Cup moguls events for half a decade, but made his world championship debut in 2021. He’s hoping to compete in the Olympic Games for the first time in 2022 showed off his form in this training video.

The king of moguls, Mikaël Kingsbury, came back after missing most of last season with a back injury to win gold in the only four events he entered — including the moguls and dual moguls at the 2021 World Championships.

His training videos show just how easy the GOAT can make it look as he heads toward defending his Olympic gold medal.

Brenden Kelly is coming off a stellar season in which he finished a career-high 11th in the World Cup standings. Although this warm-weathered ski jump looks like a fun time, Kelly has clearly been putting in the work.