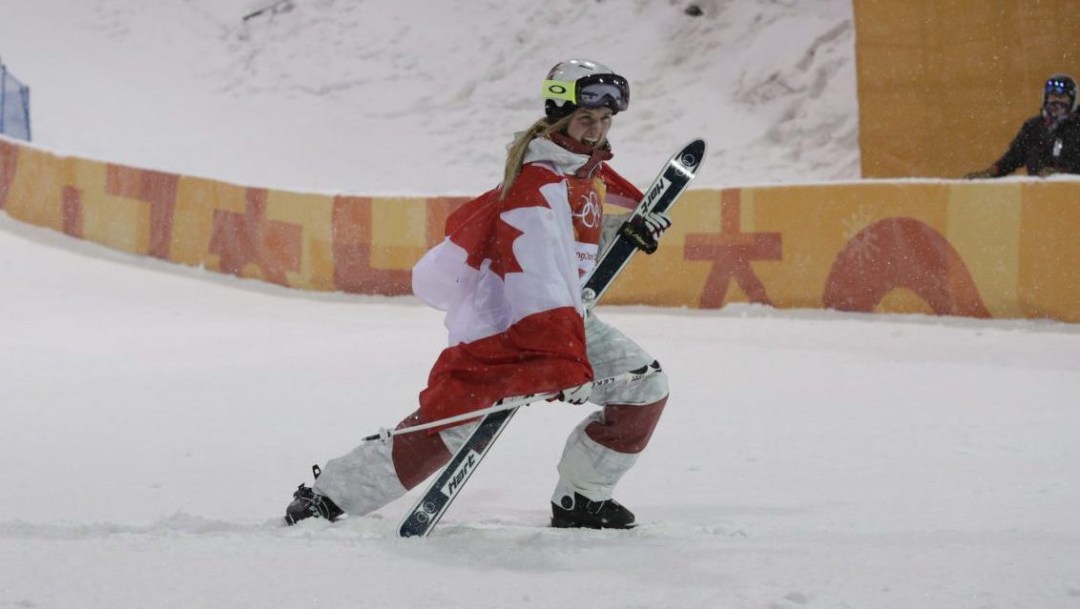 Justine Dufour-Lapointe is the youngest of three moguls skiing sisters who all competed at Sochi 2014. While making her Olympic debut in Sochi, she made history with older sister Chloé when they finished 1-2, becoming just the third set of sisters to ever win gold and silver in the same Winter Olympic event. Along with eldest sister Maxime, they became just the third trio of sisters to compete in the same individual event at the Winter Games.

Dufour-Lapointe stood on the podium again at PyeongChang 2018, winning the silver medal. In her third Olympic appearance at Beijing 2022, Dufour-Lapointe was unable to advance from the first final run after she lost an edge on the upper part of the moguls course and fell. She showed her pride and determination when she still decided to get up and finish her run, even though it would not count.

A Little More About Justine

Getting into the Sport: Started freestyle skiing at age eight to try to keep up with her sisters… Used to have to be bribed with chocolate to ski through the moguls one more time with her sisters… In her first competition, she fell a lot going down the hill and was crying when she crossed the line but it was because she was so happy to be competing… Decided at age 15 she wanted to be an Olympian when she watched Chloé compete at Vancouver 2010… Outside Interests: Enjoys photography, shopping, surfing, cooking… Odds and Ends: Motto: Give your all and never give up… Superstition: always wears unicorn ski socks, a lucky bandana and a purple toque… Her good luck charm is a small angel broach belonging to her grandmother…