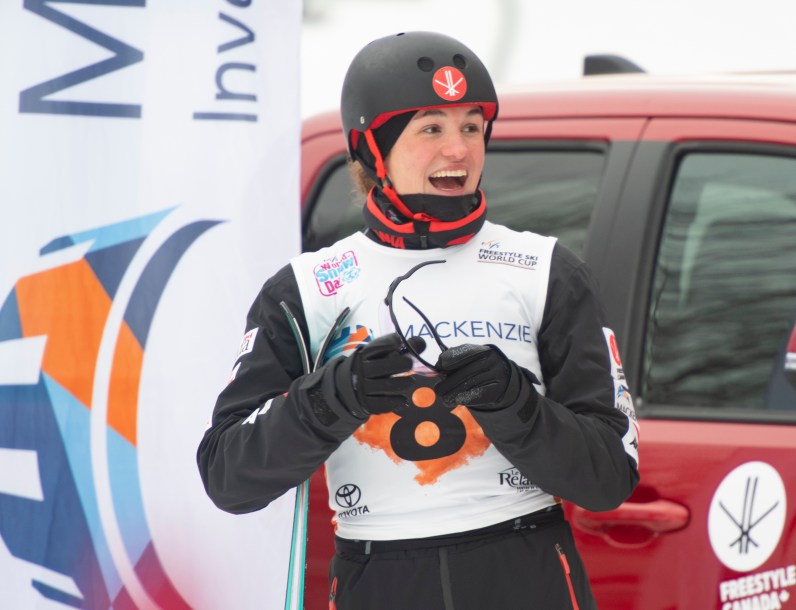 It was a good day in the air for Marion Thénault who started 2022 with a silver medal at home at the Aerials World Cup in Lac-Beauport, Quebec.

With only twelve of the athletes making it to the final, Thénault had a difficult start to the day when she found herself in 12th place after the qualifying round. Despite everything with under a month to go until the Beijing 2022 Olympics, the Canadian did not give up hope.

In the first round of the finals that saw six skiers cut, Thénault narrowly finished the chopping block in 6th position with 85.36 points.

This skier from Sherbrooke, Quebec, wasn’t done though and saved her best for the last jump of the day. First down the hill, she finished her day with a score of 93.41 and waited patiently at the bottom to see where she would place. Still in first with one skier to go Thénault watched as the Chinese athlete Xu Mengtao made her decent down the hill. She completed an impressive jump allowing her to collect 103.92 points and with it the top spot. China’s Kong Fanyu rounded out the podium with 92.70 points.

With this win Thénault has added a third medal to her collection on the World Cup circuit. In January 2021, she won bronze in Moscow, Russia, and had her career-best result with gold in Almaty, Kazakhstan.

Follow these Canadian skiers on their journey and tune into their next competition at the next FIS World Cup in Deer Valley, USA on January 12th.