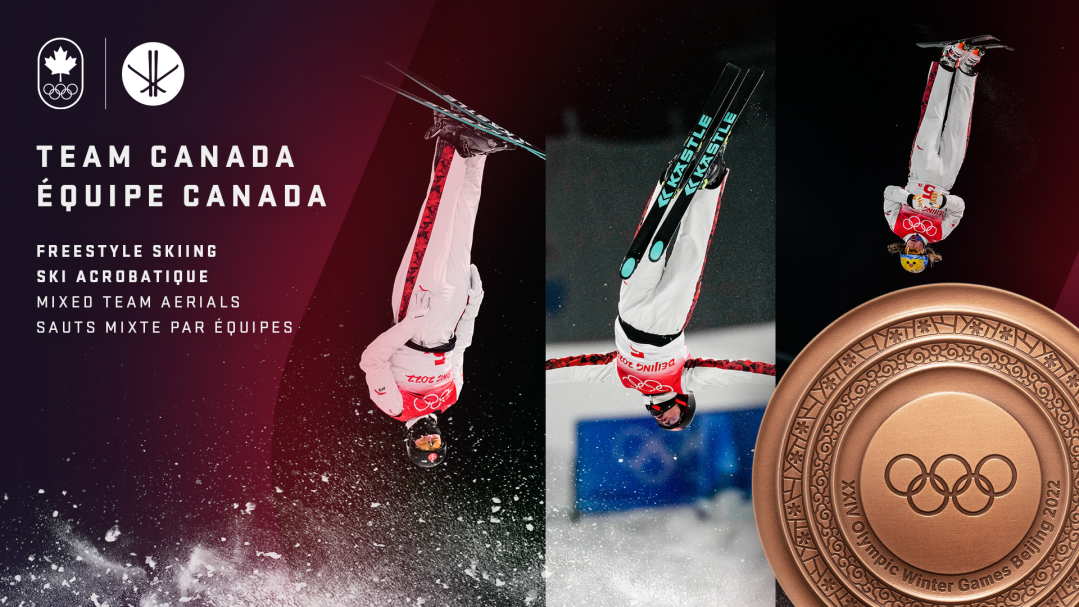 Thénault was the first of the trio to jump in the final, attempting a back double full full, which a triple twisting double backflip. She unfortunately couldn’t stick the landing, scoring only 62.74.

But Fontaine, wearing the gloves of his three-time Olympian father Nicolas, came through with a great landing on his back lay double full full, that scored 116.48 points.

The veteran of the team, Irving, was the last to go. He went for a back double full full full, a quad twisting triple backflip, and stayed on his feet, fighting for the landing. He scored 111.76 for an overall team total of 290.98.

This Canada’s first Olympic medal in an aerials event in 20 years, since Veronica Brenner and Deidra Dionne won silver and bronze, respectively, in the women’s event at Salt Lake City 2002. The elder Fontaine was a medallist when aerials was a demonstration event 30 years ago at Albertville 1992.

Canada had qualified for the four-team final in third place. The United States won the gold medal with 338.34 points, beating out China who claimed silver with 324.22 points.