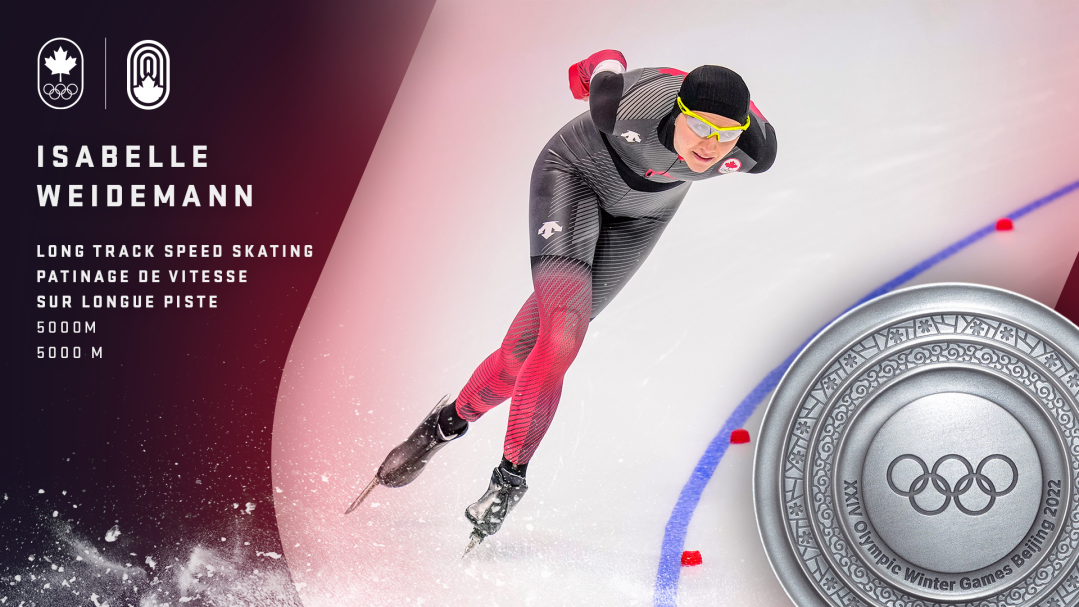 Isabelle Weidemann skated to silver in the women’s 5000m to claim her second medal at the Ice Ribbon.

Skating in the fifth of six pairings for the 12 and a half lap race, Weidemann looked smooth and relaxed through the first 3000 metres, keeping her lap times in the high 31-second / low-32 second range for a nice even pace. When she crossed the line, she stopped the clock at 6:48.18 to take the lead, guaranteeing her a medal with just two skaters to go.

She then watched as only Irene Schouten of the Netherlands could go faster than her time, pushing Weidemann to second place. Schouten set an Olympic record of 6:43.41, breaking a mark that had stood since 2002. Martina Sablikova of the Czech Republic took bronze in 6:50.09.

The silver follows the bronze medal Weidemann won in the 3000m, which was Team Canada’s first medal of Beijing 2022. She joins Clara Hughes and Cindy Klassen as the only Canadians to win Olympic medals in the women’s 5000m.

Weidemann just missed the podium in this event at the 2021 World Single Distances Championships, finishing fourth. She was also fourth at the worlds in 2019. She won silver in the only 5000m World Cup race held this past fall. That is one of three World Cup medals she has in the distance. 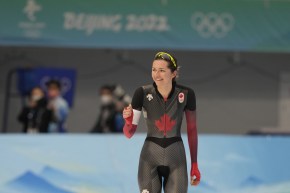