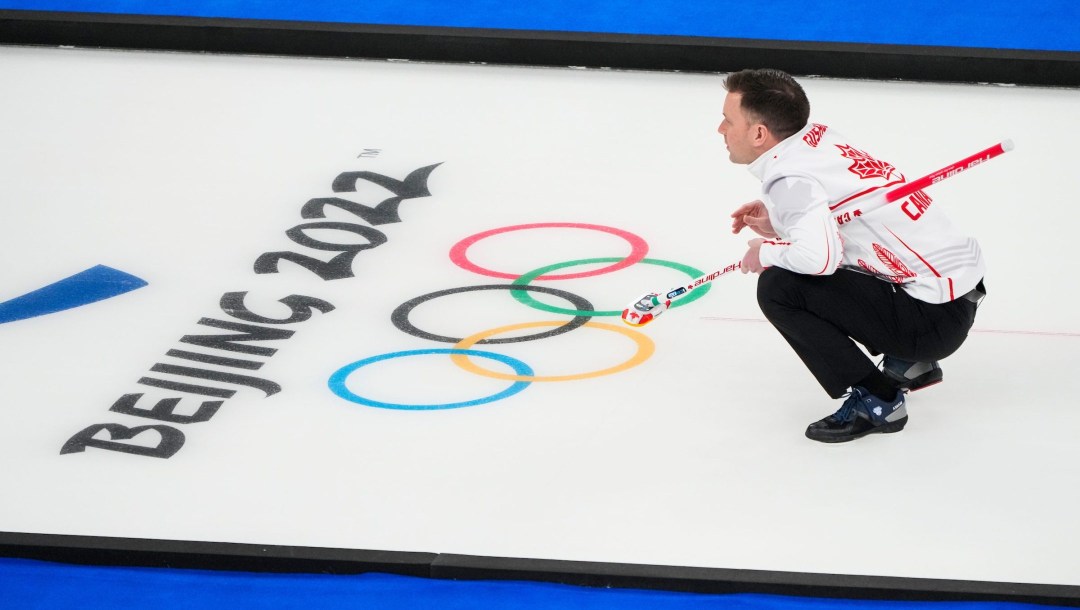 Switzerland stole singles in the second and ninth ends and played a nearly flawless defensive game to beat Brad Gushue and Team Canada 5-3 Friday in men’s curling at the 2022 Olympic Winter Games.

The loss was Canada’s first and dropped them into a tie with Switzerland, skipped by Peter de Cruz, Great Britain and the United States at 2-1 behind 3-0 Sweden. Canada’s next game is against Niklas Edin of Sweden, a five-time world champion eager to win Sweden’s first Olympic gold to go with the silver and bronze he already has

“Niklas has shown over the last 5-6 years he’s one of the better teams in the world and we’re going to have to better than we were tonight” Gushue said. “Even though I thought we were okay we’ll have to be even more sharp against those guys. They seem to be playing well and they always play us tough.”

After forcing Switzerland, which hasn’t won Olympic gold since 1998, to take a single in the first end Canada had a chance for two in the second that turned into a steal of one. That put de Cruz up 2-0 and into full defensive mode. Gushue had a tough double for two but instead ended up taking out his own counter.

“There was a big momentum swing in the second.” Gushue said afterwards. “My last rock, I had a double to get two and unfortunately it squirted through, tapped ours out and gave up a steal of one. I didn’t see that coming.

“It was a chess match and part of that was we got down early. Those guys like to play defensive and they played really well, made a ton of runbacks.”

Most of those runbacks were made by hard-throwing Benoit Schwarz who throws final stones while de Cruz throws second rocks.

The low-scoring game saw only one two-ender – by Canada in the sixth – and both teams struggled at times with the straight ice. The deuce came when a Schwarz take-out jammed and left Gushue a draw for two.

“We had a few chances, couple of ends where a little hit and roll here or there and we would be in good shape,” said second Brett Gallant. “But credit to them, they played really well.”

While the shooting statistics showed Canada at 88 percent and Switzerland at 81, both teams had a lot of half shots that left them in poor position or they missed key shots.

In the case for de Cruz, 2018 Olympic silver medallist, some of their misses in the late ends turned out to be positives for them. Schwarz’s final stone in the ninth, a draw, rubbed a Swiss guard in front of the house and ended up shot rock, totally covered and left Gushue no chance to score.

“Late in the game they got a couple of misses that worked out probably better than the made shot, which was unfortunate,” said Gushue. “The ninth end you couldn’t walk it down to a better spot but you couldn’t put it there without picking the front so that was unlucky. If they put it where they were trying we have a shot for two. A few bad breaks for sure.”

Instead of getting the two that would have put Canada up 2-1 going in the final end, Gushue ended up giving up the steal that allowed Switzerland to play a defensive final end.