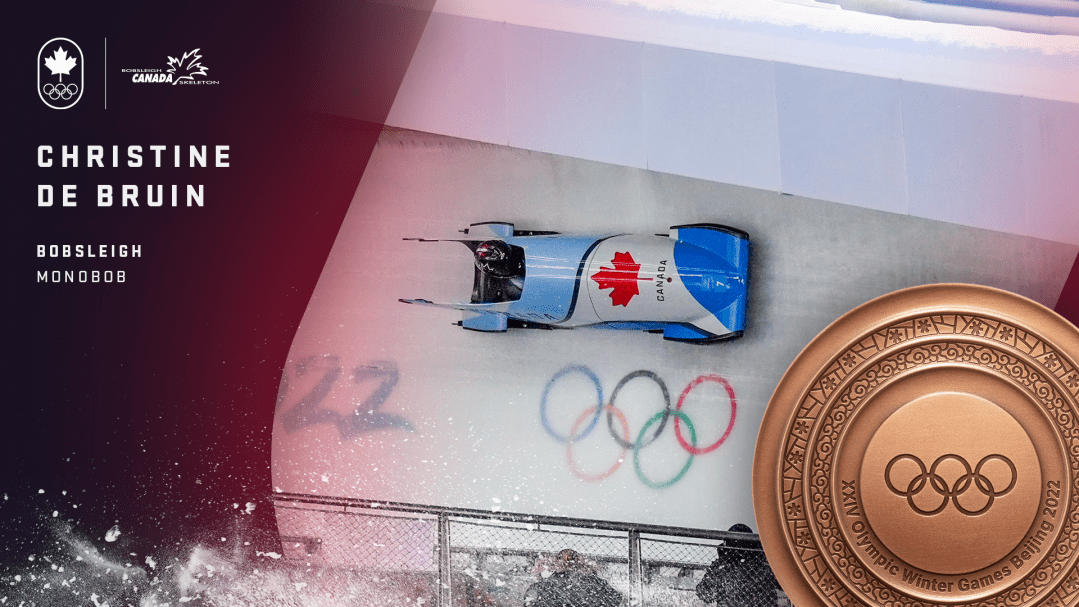 Christine de Bruin has captured bronze in the Olympic debut of the women’s monobob event at Beijing 2022.

After four runs at the Yanqing Sliding Centre, de Bruin had a total time of 4:21.03, putting her only behind the American sleds piloted by Kaillie Humphries (4:19.27) and Elana Meyers Taylor (4:20.81).

She had raced consistently over both days of competition, starting with posting the third-fastest time in the opening run. She moved up to second place overall by the end of the first day after being second fastest in the second run.

In the third run, de Bruin was fourth-fastest, but was still able to hold onto second place by 0.18 of a second over third place. She dropped behind Meyers Taylor in the final run, when the American posted the top time in that heat of 1:05.11 while de Bruin was 0.40 of a second slower. Humphries had all but locked up the gold medal after being the fastest in each of the first three runs.

This is Canada’s fifth Olympic medal all time in a women’s bobsleigh event.