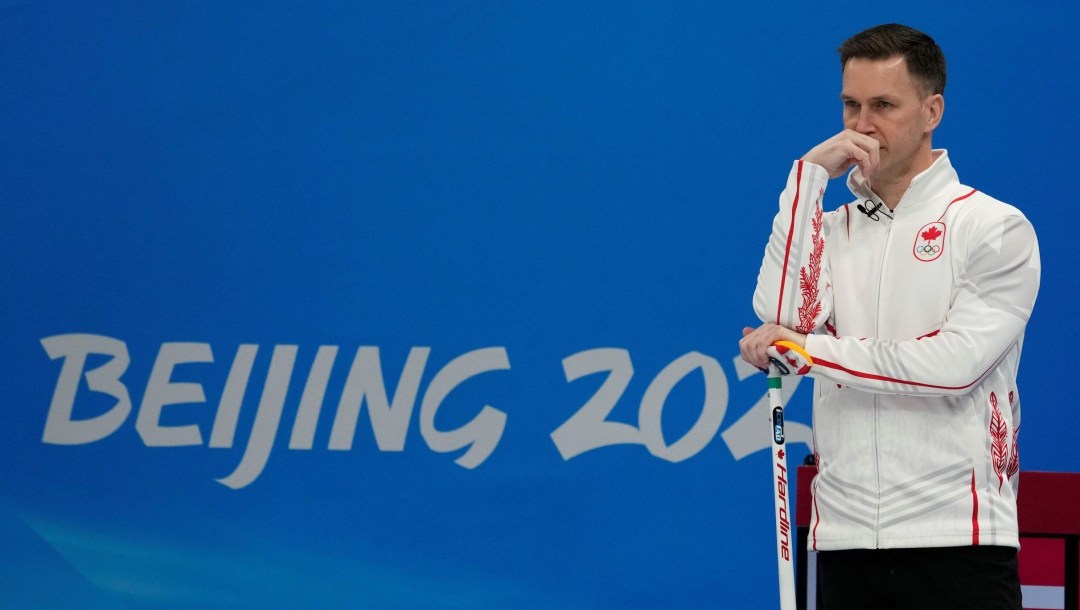 Canada struggles in loss to ROC, but still in control of own destiny towards men’s curling playoffs

Sergey Glukhov drew to the button with final stone to hand Brad Gushue a 7-6 extra-end defeat that throws Team Canada’s playoff aspirations into jeopardy with two draws remaining at the 2022 Olympic Winter Games.

The loss, after three straight wins, drops Canada to 5-3 ahead of their final game against Bruce Mouat of Great Britain, probably the best team in the world this season. Britain clinched a playoff berth with a 6-1 record after beating previously undefeated Sweden Tuesday. A Gushue win and Canada is in the semifinals. A fourth loss brings other teams into the equation.

ROC, United States and Switzerland all have four losses and their results in the final draws will factor into Canada’s fate if Gushue does not beat Great Britain Thursday evening, Beijing time.

“It’s disappointing to not solidify our playoff spot tonight, real disappointing and kind of eliminates our chance to get hammer in the first playoff games, which is important, so very disappointing tonight,” said Gushue. “Hopefully, a day off tomorrow will help us regroup, practice and figure out what’s been a little off, pretty much all week.”

Team Canada had probably its worst game, collectively, against ROC and only some huge misses by Glukhov kept Gushue in the game. But the ROC skip also made pressure-packed shots in each of the final three ends to keep alive his team’s playoff hopes.

Canada needed a Houdini-type escape in the first end to prevent ROC from scoring three or four. After several half shots by Canada, Glukhov and his teammates were sitting four when Gushue managed to sneak his final stone into shot position. The ROC skip’s attempt to dislodge that stone was heavy and Canada stole one.

That dramatic turnaround could have devastated ROC but instead the foursome came right back with a single in the second and two straight steals for a 3-1 margin. Gushue had to try angled runbacks with his final stone in the third and fourth ends and both were unsuccessful to give Glukhov the steals.

“It was beyond frustrating,” Gushue said of the steals. “We had a number of ends set up that we let slip away with one missed shot, one missed guard or one missed draw. And they capitalized, made the shot and made us pay for it.”

Coming off a difficult loss and needing a win to keep their playoff hopes alive, ROC had Canada in trouble in almost every end.

ROC outcurled Canada in three of the four positions – only second Brett Gallant, at 84 percent, managed to match his counterpart. The problem, said Gushue, was the change in the ice.

“Even more frustrating was the ice,” he said of both teams struggles. “To see that dramatic a change from this morning to this evening is really disappointing.

“It’s like we’re at a different event here. The ice is half of what it was. It’s only curling 2 ½ feet compared to five or six this afternoon and it’s a different speed. The ice is dirty, it was a real challenge out there.”

With three of the four Canadians struggling, the Gushue foursome stayed close thanks to key misses by ROC. Glukhov, who was having his own struggles, failed to make the hog line with his last-rock guard attempt in the fifth end to allow Canada to score one.

Canada got a steal in the eighth to pull even at 4-4 despite not executing four of their eight shots in the end. Glukhov had a nose hit to score two but was wide and left Canada sitting one for the steal. The teams traded deuces in the ninth and tenth ends.

Canada was in position to score two in the ninth until Glukhov made a desperation angled raise tap back to score two. In the tenth Glukhov came through a narrow port to take out two Canadian stones and prevent Gushue from scoring more than the game-tying deuce.