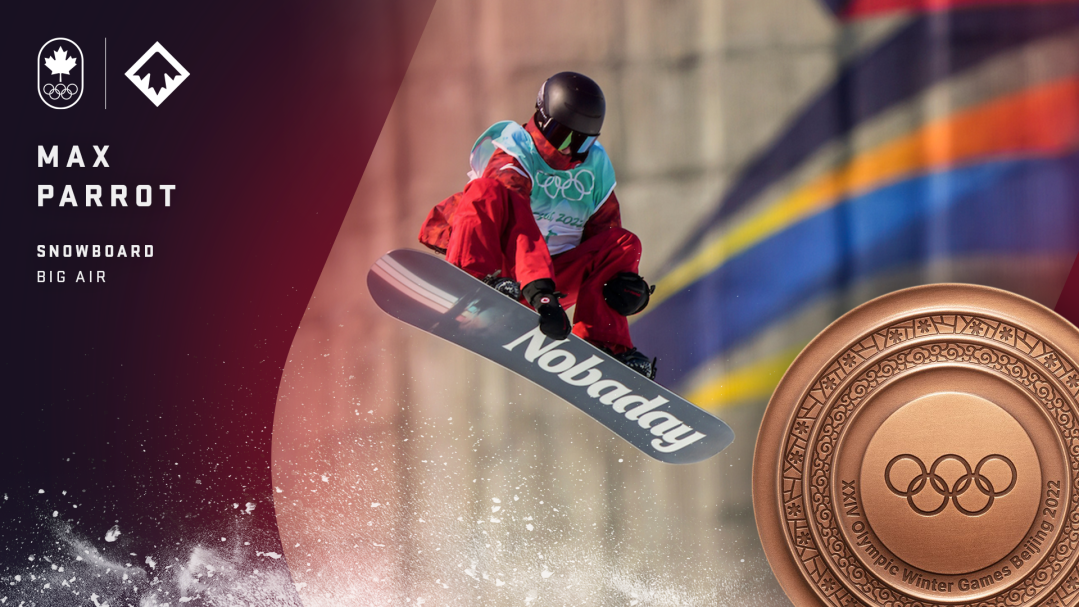 Max Parrot came through clutch with his last two runs of the men’s big air event at Beijing 2022 to win the bronze medal. He will leave the Games with two medals, after winning the slopestyle gold a week earlier.

After losing the landing on his opening attempt at a switch cab 1800, he had no choice but to put down two good tricks if he wanted to get on the podium. In the final, the best two-of-three runs are counted for each rider.

For his second trick, Parrot went for a cab 1800 triple cork and did it so well he scored 94.00, one of the top single run scores of the day. He later said it was the best he had had done it all week during practice.

On his third trip down the ramp at the Big Air Shougang, he decided not to go for an 1800 that has been a little inconsistent. He instead went for a frontside triple 1620 in an effort to land himself on the podium. Despite not landing it as cleanly as he would have liked, the decision turned out to be the right one, as he earned 76.25 points. That gave him a two-run total of 170.25, putting him in second place for the time being.

He was bumped to the bronze medal by Norwegian Mons Roisland, who finished with a two-run total of 171.75. China’s Su Yiming had already locked up the gold medal with his first two runs, totalling 182.50 points.

Parrot now has a complete set of Olympic medals. He won slopestyle silver at PyeongChang 2018.