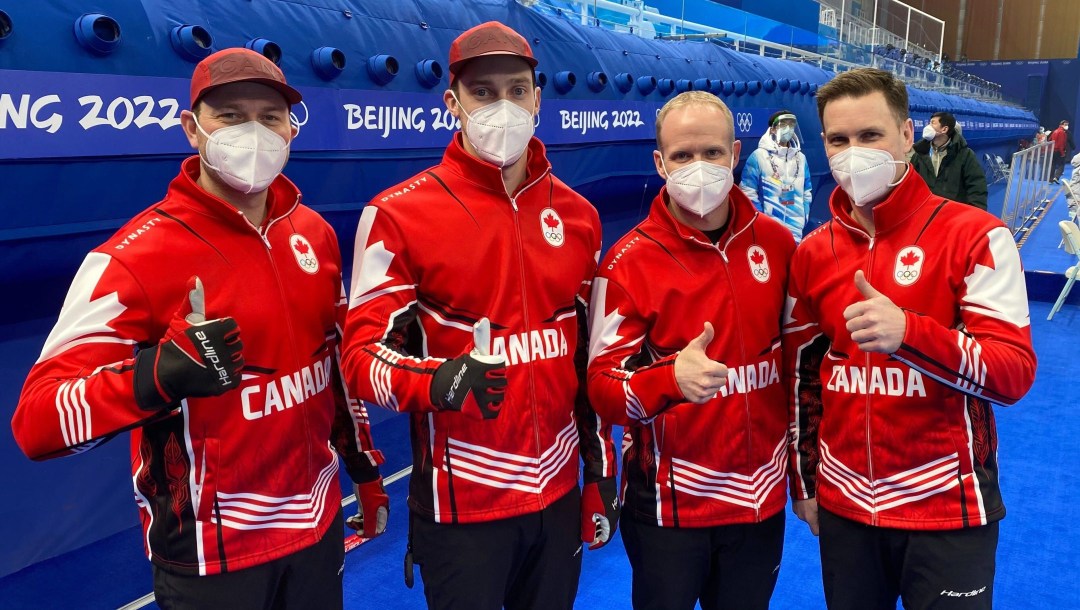 Brad Gushue and Team Canada were heading to a practice session when they officially qualified for the semifinals in men’s curling at the 2022 Olympic Winter Games.

After losing 7-6 to ROC to close out Day 11, Gushue and his team of Mark Nichols, Brett Gallant and Geoff Walker had a day off. They were preparing for a critical final game of the round robin against Great Britain when they learned they were moving on. Things went their way when China beat Switzerland 6-5 and Great Britain beat ROC 8-6 during the afternoon draw on Day 12.

Those defeats left both teams with five losses and unable to match Canada at 5-3 with only one game left. Sweden and Great Britain have also qualified, both with 7-1 records. The United States currently is fourth at 4-4 but need to beat Denmark in its final game to guarantee itself a playoff spot.

Canada has never missed the playoffs in men’s curling since it returned to the Olympic program at Nagano 1998.