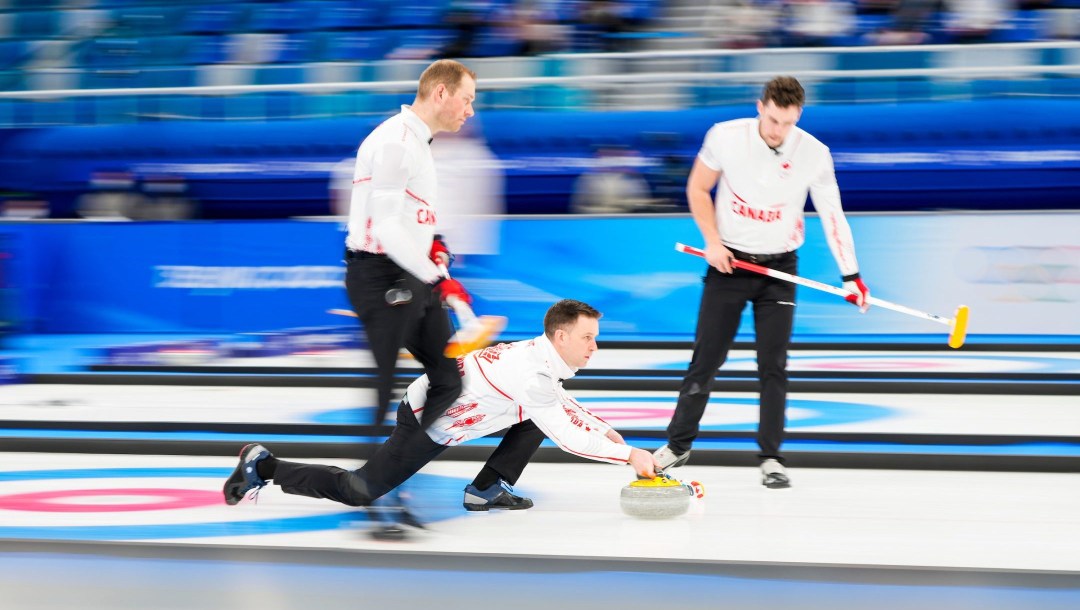 Brad Gushue and Team Canada continued their on-ice struggles Thursday morning in Beijing, scoring in just one end in a 5-2 loss to Bruce Mouat of Great Britain at the 2022 Olympic Winter Games.

Fortunately for Team Canada, their semifinal berth was secured a day earlier when losses by Switzerland and the ROC eliminated those teams and assured Canada of finishing third in the standings in the 10-team round robin.

Canada will play three-time world champion Niklas Edin of Sweden in one semifinal while Mouat will play defending champion John Shuster of the United States, who earned the final playoff berth with a 7-5 win over Denmark. Those games will be played at 7 a.m. ET Thursday.

“It was going to Niklas or Bruce, pick your poison they’re both great teams,” Gushue said. “Nik has a ton of experience, been to a number of Olympic semifinals. The key for us is just to get off to a good start … if we can maybe flip the hammer in the first three or four ends we’ll have a chance. But we can’t get down”

Canada and Great Britain went into their final round robin game searching for significantly different goals. Gushue and crew were trying to find some consistency in their game that has eluded them all week. Great Britain was looking for a win that would give them first place and the hammer through the playoffs.

Mouat and his team accomplished their goal. Gushue and his foursome did not.

“We had a couple of goals we wanted to achieve,” said Gushue. “The win or the loss was almost irrelevant. We tried … but I don’t think we were successful in achieving the goals we set out.”

As has been the case the last several games, Team Gushue was forced to play a lot of run backs and they continued to have difficulty making the shots successfully. That played into the hands of Mouat’s gameplan.

With more at stake, Mouat and his team went aggressively into the house most ends and it paid off. They got two in the first end, successfully blanked the third, got another one in four and stole one in sixth. Canada got two in the second but didn’t score again. They shook hands before Gushue’s final stone in the ninth end.

None of that matters, however, said Nichols. The team is in the playoffs and that was what they set out to do in the round robin.

“Our goal was to get into the semifinal,” he said. “Not as pretty as we had hoped but we’re still playing. Goal number one. Now we have to regroup and figure out how we’re going to attack the game tonight. It’s still in our hands. We’re a great team, they’re a great team; if we both play as well as we can hopefully we have hammer coming home and Brad’s throwing the last rock.

“There’s a lot left for this team. We just have to remember we’re one of the best teams in the world and go out and play like it.”