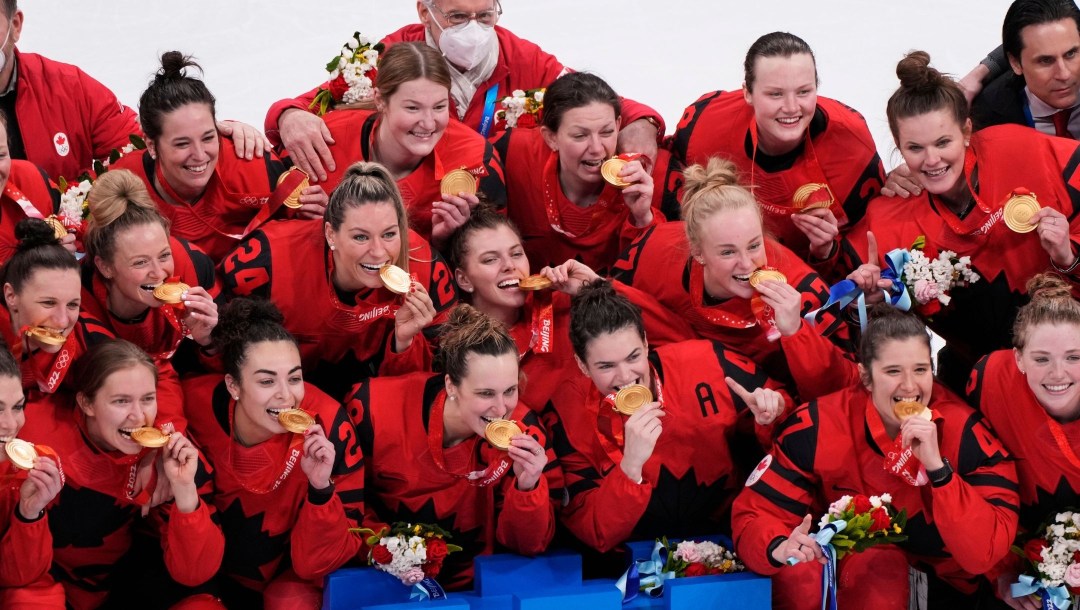 Canada reclaimed their throne atop the hockey world after defeating the US 3-2 in the gold medal game at Beijing 2022. This came as the cherry on top of an already magical Games for the women as they went undefeated through their preliminary and playoff games.

As to be expected, Canadians all over the world took to the internet to wish the team good luck, celebrate and share in this historic moment.

After defeating Switzerland 10-2 in the semi-final game to secure to advance to the gold medal game, Justin Bieber showed some love to his native land. Shouting out the ladies and showing his support, he let the world know how excited he was for their rematch against the US.

26-time Canadian Country Music Association award winner Gord Bamford let all his fans know how proud he was of Team Canada and that he would be cheering loudly for them.

Hamilton’s own, the Arkells, put their Twitter fingers to rest during the gold medal game to not jinx the team which seemed to have worked wonders.

It didn’t take long after the final whistle for Christine Sinclar to shout out the women’s team decked out head-to-toe in Team Canada gear. The throwback jersey and sweatpants make this post an easy 10/10.

Regarded as one of the best to ever do it for Team Canada, former team captain and four-time gold medalist Hayley Wickenheiser congratulated the women on their huge win.

Shouting out the women from the 6ix, the Toronto Raptors never had a doubt in Team Canada.