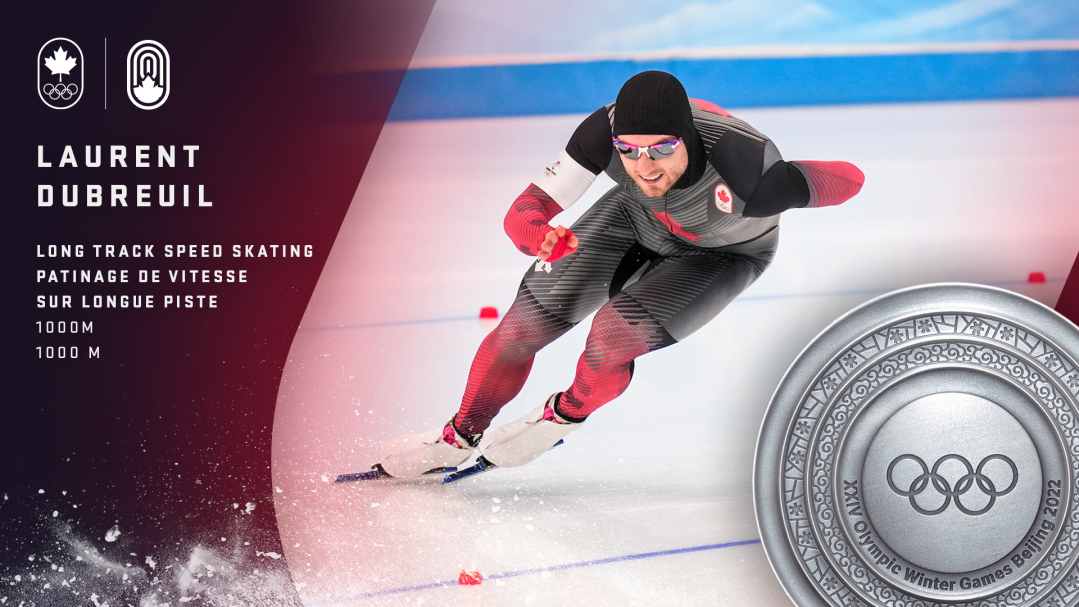 Laurent Dubreuil has his Olympic medal.

Skating in the last pairing, Dubreuil was blazing quick through the first lap of the race, which is not unexpected given how good he is at the 500m. He had the fastest split time of 40.82 seconds through 600m, the only man to go under 41 seconds for his opener. He did not lose too much off his pace in his full second lap, which is what kept him in a podium position. He ended up 0.40 behind gold medallist Thomas Krol of the Netherlands, who finished in 1:07.92. He had been in a pairing with Norwegian Haavard Holmefjord Lorentzen, who claimed the bronze in 1:08.48.

Though Dubreuil has had more international success in the 500m, he is certainly no stranger to winning medals in the 1000m. He was a bronze medallist at the 2020 and 2021 World Single Distances Championships and has stood on several World Cup podiums in the distance.

This is the fifth Olympic medal won by a Canadian in the men’s 1000m. The last was Denny Morrison‘s silver at Sochi 2014, which came 30 years after Gaétan Boucher won gold at Sarajevo 1984. Boucher also won a silver at Lake Placid 1980, which came almost five decades after Willy Logan‘s bronze at Lake Placid 1932.