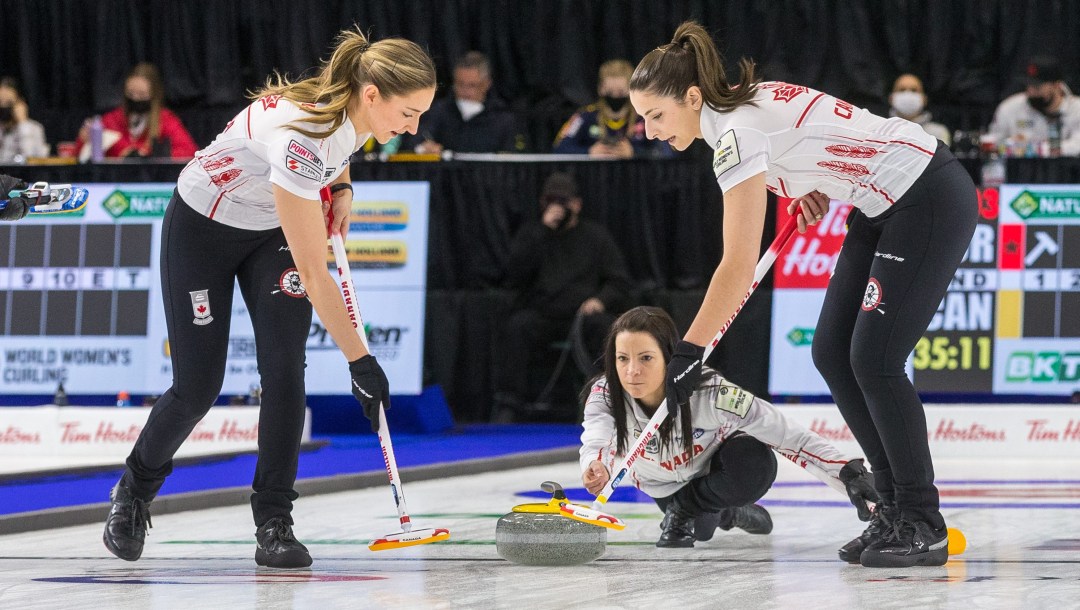 With a win in their second last game of the round robin, Team Canada has qualified for the playoffs at the World Women’s Curling Championship in Prince George, British Columbia.

The 8-5 victory over Germany boosted Canada — represented by skip Kerri Einarson, vice-skip Val Sweeting, second Shannon Birchard, lead Briane Meilleur, and alternate Krysten Karwacki — to an 8-3 record overall. Their last round robin game on Friday evening will be against the Czech Republic, who sat at 2-8 with two games to play.

Six teams are advancing to the playoffs. Joining Canada are Switzerland, Sweden, South Korea, Denmark and the United States. With a perfect 11-0 record ahead of their last round robin game, the Swiss have already clinched a bye to the semifinals on Saturday night. The team skipped by Silvana Tirinzoni won gold at the last two world championships held in 2019 and 2021.

Results from the remaining round robin games will determine the second team to get a bye into the semifinals. Sweden, skipped by Anna Hasselborg, has the same 8-3 record as Canada heading into their final round robin game against Norway. South Korea will also be 8-3 heading into their last game against Turkey after they get a forfeit win in the afternoon session; Japan is unable to play because of positive tests for COVID-19.

If Canada, Sweden and South Korea end up tied for second in the standings, the tie will be broken by the Draw Shot Challenge. Ahead of every round robin game, each team does a draw to the button which is measured for accuracy. Teams are ranked based on their average distance from the button in all of those Last Shot Draws. After the Friday morning session, South Korea held the Draw Shot Challenge tiebreaker by about a centimetre over Canada.

The teams who end up finishing third to sixth in the round robin standings will play in qualification playoff games on Saturday afternoon at 1:00 p.m. PT / 4:00 p.m. ET.