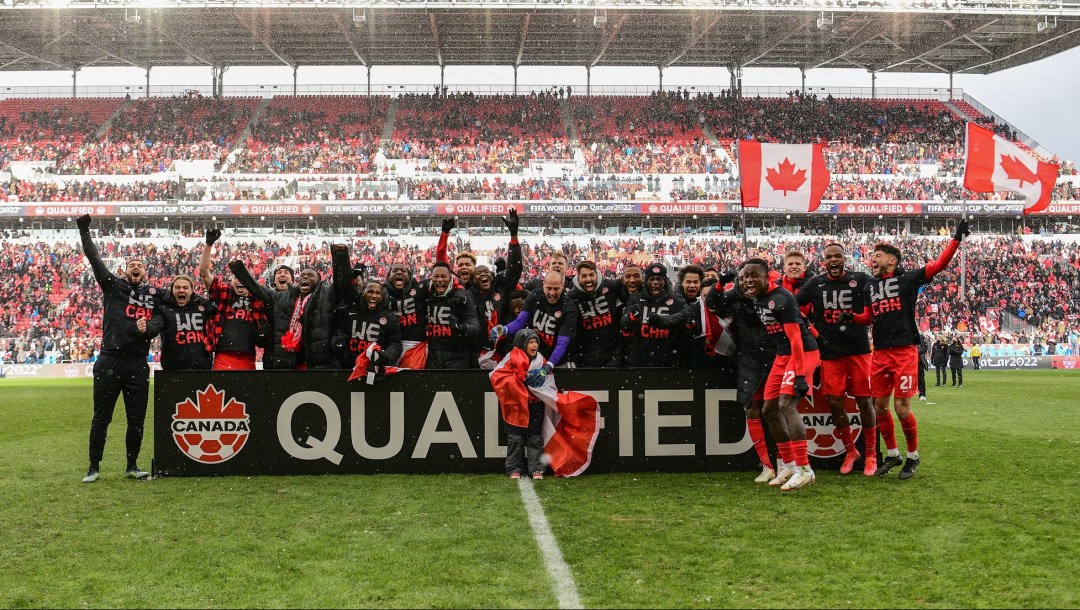 As Canada celebrates a long-awaited return to the men’s FIFA World Cup, it’s probably safe to say that, until recently, few expected things to turn out this way.

With an emphatic 4-0 win over Jamaica on Sunday, the Canadian men’s national team clinched a spot at Qatar 2022, set to be held in November and December. It will be Canada’s second appearance at the sport’s showcase event, with the last one coming at Mexico 1986.

For most of the 36 years since then, Canada has been a distant outsider in the men’s game, a perennial afterthought defined by heartbreak and unfulfilled potential. If Canada were to ever get back to the World Cup, the thinking went, they might squeak in through some fortuitous combination of luck and poor performances from opponents.

Few thought that the road to Qatar would be much different.

Sure, Canada had promising players in the developmental pipeline, but their time to shine was expected to be years down the road. Plus, the World Cup qualification format in the CONCACAF region (covering North and Central America and the Caribbean) gave the team a long, arduous and unlikely path to the big show.

But the pandemic forced a format change that opened a clearer path for Canada. Then, at the perfect time, a collection of national team newcomers all caught fire at once.

A new generation rises to the occasion

Foremost among them have been superstars Alphonso Davies (who missed Sunday’s game as he continues to recover from COVID-related complications) and Jonathan David, who are among the most highly touted young prospects in the world.

Tajon Buchanan, who scored for Canada on Sunday, has dazzled with his attacking flair, while Stephen Eustaquio’s vision and precision have made him the linchpin of Canada’s midfield.

On the defensive side, Richie Laryea, Alistair Johnston, Scott Kennedy and Kamal Miller have stepped up with grit and determination.

But it’s not just the newbies who’ve made noise in this remarkable World Cup qualification run, in which Canada has lost just one of their 19 games dating back to last March.

Cyle Larin’s goal on Sunday was his 24th for Canada, widening his lead as the men’s team’s all-time leading scorer.

Goalkeeper Milan Borjan has come through to save the day at critical times throughout the campaign. Midfielders Junior Hoilett and Jonathan Osorio are in the midst of their finest years for the national team. Steven Vitoria has been the backbone of the defence, while Sam Adekugbe has been a revelation with his play—and his goal celebrations.

And then there’s the captain, Atiba Hutchinson, who first suited up for his country in 2001. The 39-year-old made his 94th appearance for the senior national team on Sunday, more than any other man, and was on the field when the decisive final whistle blew.

Far from squeaking into the World Cup, this Canadian team is barging their way through the door. After years of offensive struggles, Canada scored the most goals of any men’s national team in the world in 2021, with 53 of them in 18 games.

Much of that success—and the accompanying swagger—comes down to the unprecedented firepower at the team’s disposal. But there’s another critical factor as well.

Those are the words of head coach John Herdman, when asked by OneSoccer’s Kristian Jack about how his team did it.

Moments earlier, he’d been doused in champagne by Borjan, who happily proclaimed to the camera, while pointing at Herdman, “This guy did everything!”

And while he hasn’t done everything, Herdman has been front and centre during an incredible decade of transformation for the sport in this country.

He famously managed the women’s national team to their first-ever Olympic medals, a pair of bronzes at London 2012 and Rio 2016, before taking the helm of the men’s team in 2018.

At the time, the move was met with surprise and skepticism. But Herdman brought the same things to the men’s team that he did to the women’s squad—a fluid, versatile tactical approach and vocal, unwavering confidence in the capabilities of his players.

That belief has been repaid by his team, who now look to make new history in Qatar: Canada has yet to win a game, or score a goal, at the senior men’s World Cup. The way the team has been playing, few would be surprised if those records both fall this year.

Looking further ahead, Canada is likely to automatically qualify for the 2026 FIFA World Cup, which it will co-host with the United States and Mexico, with much of the team’s core just hitting the prime of their careers.

And on the women’s side, Canada are still riding high after their gold medal at Tokyo 2020, and will take that momentum into this summer’s qualification tournament for the 2023 FIFA Women’s World Cup and Paris 2024.

The question of when Canada will become a soccer nation has long been asked and, over the past 12 months, definitively answered—we already are one.