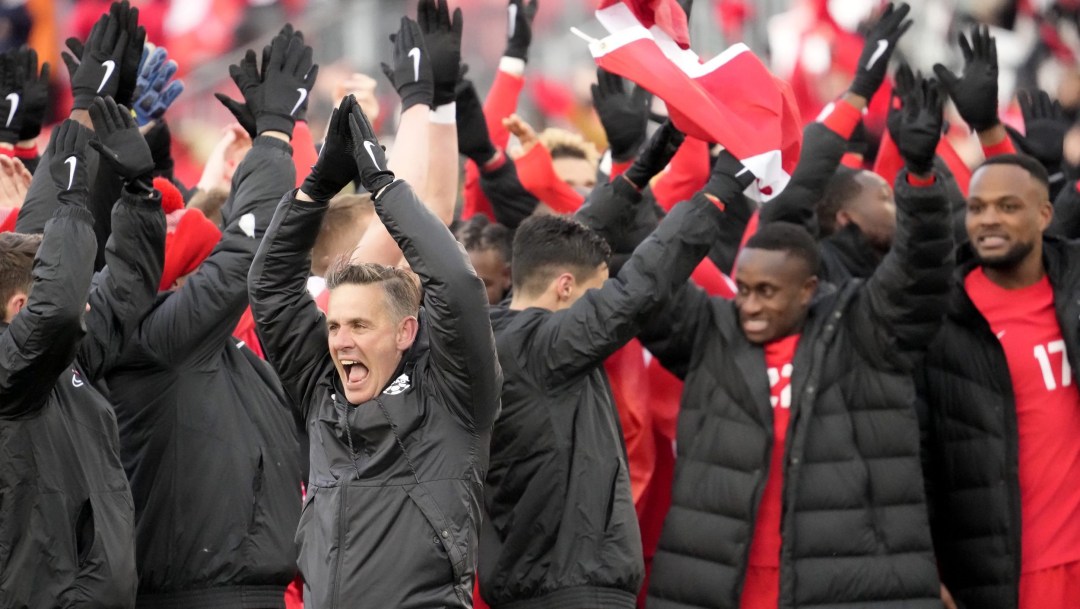 John Herdman is no stranger to big tournaments — but this fall, he’ll be heading into uncharted waters.

Herdman became a household name in Canada as the head coach of the women’s national soccer team that won Olympic bronze medals at both London 2012 and Rio 2016. He also managed the team on home turf at the 2015 FIFA Women’s World Cup.

Now, he’s set to lead the Canadian men’s national team into the 2022 FIFA World Cup, to be held in Qatar in November and December. The Canadian manager will make history as the first person to coach at the senior men’s and women’s FIFA World Cups.

Can he also make history as the first coach to guide Canada to a win at this tournament? In its one previous FIFA World Cup appearance 36 years ago, Canada departed with zero wins and zero goals scored.

Following the official draw, Canada now knows its three opponents in the group stage at Qatar 2022. So, how does Herdman’s squad stack up?

Canada kicks off its World Cup journey on November 23 against one of the top teams in the world. Belgium finished third at the 2018 FIFA World Cup and came into this year’s draw ranked No. 2 in the world.

With world-class players such Kevin de Bruyne, Eden Hazard and Romelu Lukaku at their disposal, Belgium will likely be Canada’s toughest test. But Canada has its own attacking talent, countering with the likes of Alphonso Davies, Jonathan David and Cyle Larin.

The only safe prediction is that this game won’t end in a scoreless draw.

It doesn’t get much easier in Canada’s second game on November 27. Croatia made it all the way to the final of the 2018 FIFA World Cup, spurred on by otherworldly performances from stars Luka Modrić and Ivan Perišić.

But while Modrić seems like a timeless, tireless engine in Croatia’s midfield at age 36, Canada counters with its own fountain of footie youth: Atiba Hutchinson, who, at 39, is still getting it done for both club and country.

Canada’s final game of the group stage will be December 1 against Morocco. The north African side lost two of its group-stage games at the 2018 FIFA World Cup, but also managed a shocking 2-2 draw with Spain.

The Moroccans have averaged more than two goals per game since the beginning of 2021, almost exactly the same rate of attacking production as Canada in that same time span. Goalkeeper Milan Borjan has produced big saves in big moments thus far and may be called upon for some more of them in this tournament.

How far could Canada go?

Herdman and his players have made it abundantly clear that they won’t just be happy to participate.

“In our hands the real pressure and expectation is to really create these memories for our fans so they can be proud of what we did in Qatar, not just getting there,” Herdman said after the draw.

The 32-team tournament is broken into eight groups of four teams, with the top two from each group advancing to the knockout stages. Herdman knows from experience how tight the margins can be in competitions such as these.

Historically speaking, a win and a draw are often good enough to advance to the knockout stage. And although there are still plenty of variables at play between now and the tournament getting underway, Canadian fans are already dreaming of the potential of a win, most likely against Morocco, and a draw against one of the two European heavyweights.

“I think we got a good group,” Herdman said. “Two wonderful games [against Belgium and Croatia] for our country to test itself and to be that real underdog.”

If Canada were to finish second in their group, it would likely set up a Round of 16 matchup against Germany or Spain. But let’s not get too far ahead of ourselves.

Canada has yet to win a game—or score a goal—at the senior men’s World Cup. Those stats will need to change before anyone begins thinking in earnest about the team making a Cinderella run.

But then, if there’s anyone who knows about making soccer history with Canada, it’s Herdman.