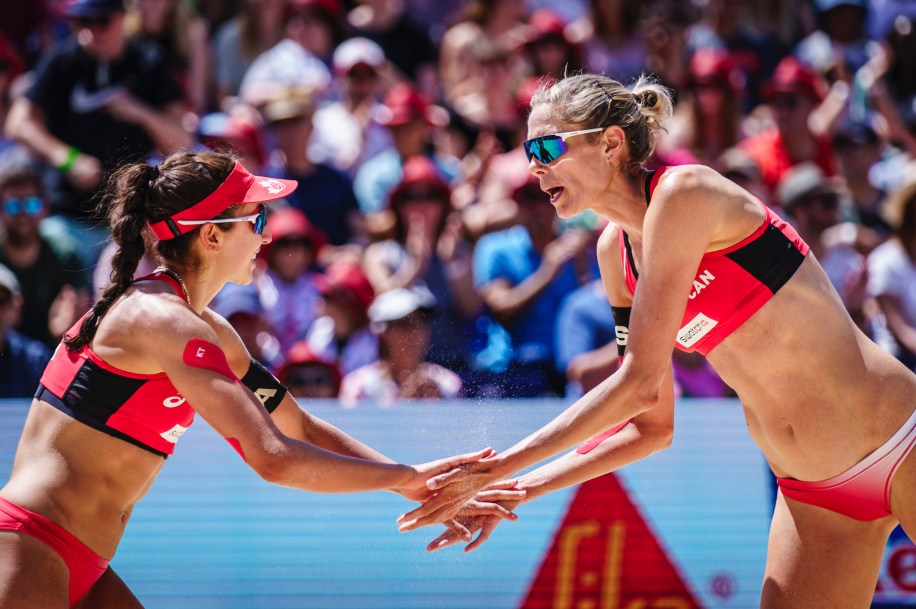 It’s the first time the reigning beach volleyball world champions have claimed a tour title since the 2019 A1 Major Vienna.

The pair came close to breaking the drought at the AVP Austin Open on May 8, but were taken upset in the final by Taryn Kloth and Kristen Nuss of the U.S.

On Sunday, they broke through with timely points, and strong play at the net as they finished with eight blocks to Brazil’s one.

On match point it was Pavan who forced pressure on the Brazil side with a block at the net before calmly sending a shot to the back of the court to clinch the victory.

Pavan and Melissa Humana-Paredes finished the tournament with a 5-1 record. They advanced to Sunday’s final after rallying for a 18-21, 21-19, 15-10 semifinal victory over Brazil’s Eduarda “Duda” Santos Lisboa and Ana Patricia Ramos on Saturday.

The duo is getting hot at the right time: the 2022 World Championships get underway in Rome on Friday, June 10.