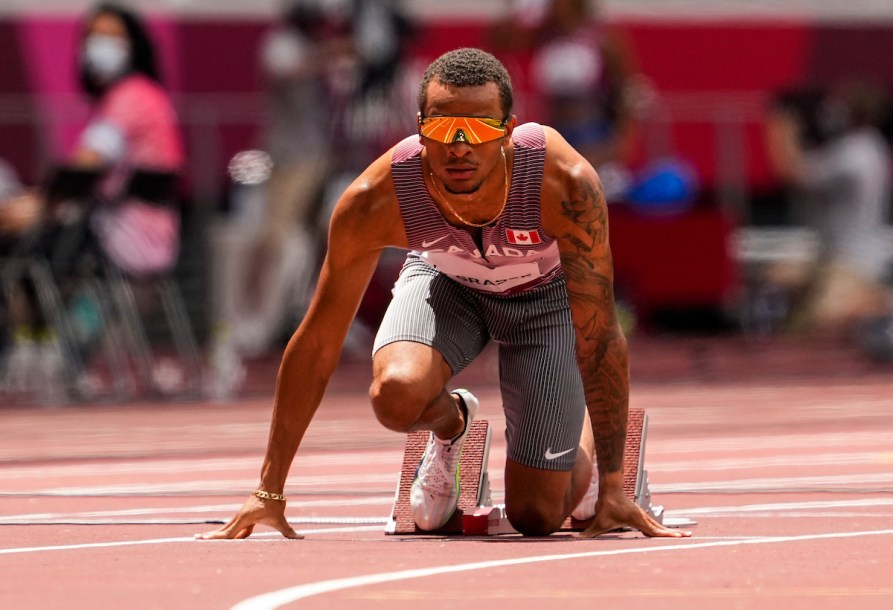 Andre De Grasse won gold in the 100m at the Diamond League meet in Olso, Norway on Thursday.

On a rain-soaked track in the Norwegian capital, De Grasse clocked in with a time of 10.05 seconds. He took the top spot edging out the Britt Reece Prescod by 0.01 seconds. Not far behind, Akani Simbine of South Africa finished third with 10.09 seconds.

In his fourth 100m of the season, the Canadian ran his best time of the season in the 100m and won his first individual podium on the Diamond League circuit in 2022.

This rainy-day performance one month away from the World Championships in Athletics which will take place in Eugene, Oregon from July 15 to 24 is enough to give the 100m Tokyo 2020 bronze medalist the confidence he needs as he chases his first sub 10-second 100m run of the season.

Sarah Mitton — the other Canadian participating in this meet — took sixth in the women’s shot put with a throw of 18.98m.

The next meeting of the Diamond League will take place on Saturday in Paris, France. De Grasse is set to hit the track again in the 200m.