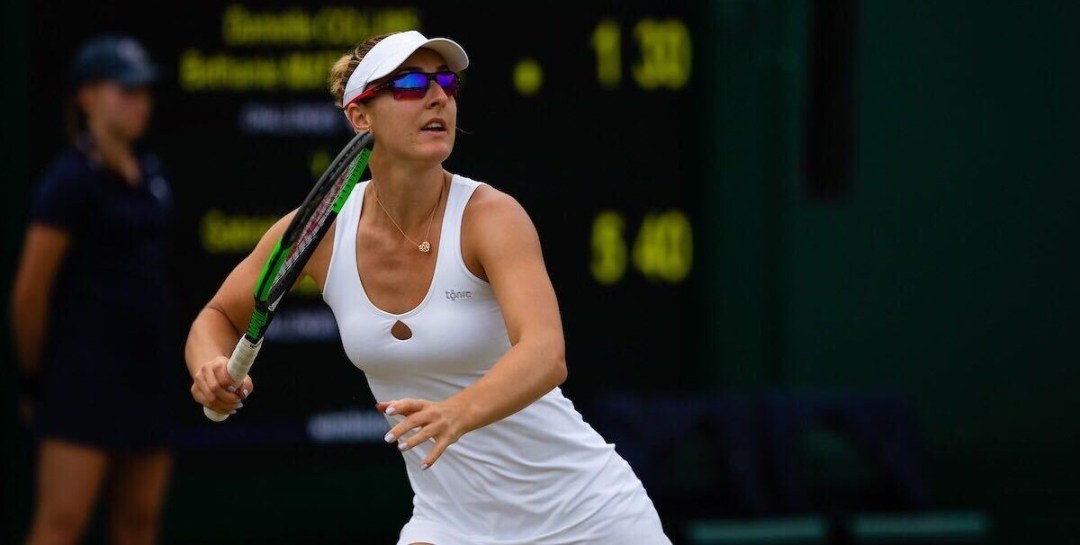 Gabriela Dabrowski kept the dream for a major title alive after advancing to the U.S. Open quarterfinal round Sunday alongside Giuliana Olmos in the women’s doubles tournament.

They’ll play the third-seeded Barbora Krejcikova and Katerina Siniakova, both from the Czech Republic, in Tuesday’s quarter-final.

Dabrowski and Leylah Fernandez, who is still in the mixed doubles draw with American partner Jack Sock, are the last Canadians competing in the U.S. Open.

Shapovalov dominated the service game with 23 aces to just nine for Rublev, though the Canadian struggled to score crucial break points, converting on just four of 17 tries.

The match came down to a tiebreak in the fifth set, with Rublev ultimately inching past Shapovalov after four hours of play to advance to the Round of 16.

Leylah Fernandez also had her US Open women’s doubles tournament come to a close on Saturday as she and partner Daria Saville of Australia lost in the second round to Dalma Galfi of Hungary and Bernarda Pera of the United States 6(5)-7(7), 6-3, 7(12)-6(10). Fernandez will have another chance to claim US Open glory though as she teams up with American Jack Sock in the mixed doubles tournament.

It was a busy Friday for the Canadians at the US Open with Gabriela Dabrowski and Leylah Fernandez advancing in their respective doubles matches, while Bianca Andreescu and Rebecca Marino were eliminated from the women’s singles bracket.

Dabrowski and partner Giuliana Olmos of Mexico made quick work of their second round match, defeating the American duo of Whitney Osuigwe and Hailey Baptiste in two sets, 6-1, 6-4. Dabrowski and Olmos will take the court again on Sunday in the Round of 16.

Fernandez played in the opening round of mixed doubles on Friday with American Jack Sock. The pair defeated Tim Putz of Germany and Kimberley Zimmermann of Belgium 6-2, 2-6, 10-5 to move onto the Round of 16.

2019 US Open champion Andreescu fell in her third round meeting against No. 17 seed Caroline Garcia of France in straight sets, 6-3, 6-2. Garcia, who came into the tournament as the tour’s hottest player with a 21-3 record and two titles since Wimbledon, ended the match with 31 winners compared to just 11 for the Canadian.

Marino was also knocked out of the women’s singles tournament after falling 6-2, 6-4 to Zhang Shuai of China.

Denis Shapovalov, Bianca Andreescu and Rebecca Marino have advanced to the third round of the US Open singles tournaments.

In action Thursday night, Denis Shapovalov got the better of the Spaniard Roberto Carballes Baena — 80th in the world — in four sets, 6-4, 4-6, 6-3 and 6-2. After a strong start to the game, the 19th-seeded Canadian dropped the second set due to a few unforced errors. The 23-year-old regained control of the match in the third and fourth sets, dominating his opponent in all aspects of the game to secure the win. Shapovalov finished the game with 11 aces, and successfully converted five of 13 break point opportunities. For his third-round match, he will face 9th-seeded Andrey Rublev on Saturday.

In doubles action, Leylah Fernandez was back on the US Open court alongside her partner Daria Saville of Australia in the first round of women’s doubles. They claimed an impressive win upsetting the American duo of Coco Gauff and Jessica Pegula 3-6, 7-5, and 10-5.

Hitting the court at Louis Armstrong Stadium late Wednesday night, Andreescu needed 90 minutes to defeat 15th-seeded Brazilian Beatriz Haddad Maia in straight sets 6-2, 6-4. The 22-year-old Canadian won 69 per cent of her points on Maia’s second serve. During the match, Andreescu landed 11 game winners and made 14 unprovoked errors. She will play against Caroline Garcia of France on Friday.

On Wednesday afternoon, Marino easily won in straight sets 6-3, 7-6(5) over Daria Snigur of Ukraine, who had knocked out former world No. 1 Simona Halep in the first round. The 31-year-old Canadian was quick to start her match, going from two breaks to win the first set in just 21 minutes. As Marino served for the match at 5-4 in the second, two double faults on the Canadian’s side allowed Snigur to tie the game. However, Marino managed to end the match in the tiebreaker, sealing the outcome of the clash in just over an hour.

Marino had 13 aces during the match and landed 74% of her first serves. In the next round on Friday, she will face China’s Zhang Shuai. Marino advances to the third round of a Grand Slam for the first time since 2011, after taking a break from tennis between 2013 to 2018.

In the women’s doubles tournament, Dabrowski and her partner — Giuliana Olmos of Mexico — started the tournament with a first round match up against Americans Peyton Stearns and Ashlyn Krueger. Dabrowski and Olmos were fast to the draw, winning in straight sets of 6-2, and 6-1.

Two other Canadians were in action on Wednesday evening. Félix Auger-Aliassime lost to Briton Jack Draper in three identical sets of 6-4. On the women’s side, Leylah Fernandez — 14th seed — was unable to solve the enigma posed to her by the service of her opponent Ludmilla Samsonova, 35th player in the world. Last year’s US Open runner-up suffered a 6-3, 7-6(3) loss.

All five Canadians at the US Open have advanced to the second round of their singles tournaments.

One lone Canadian took to the court on Tuesday. 19th-seeded Denis Shapovalov bested Switzerland’s Marc-Andrea Huesler — 85th in the world — in a game that took five sets. The 23-year-old Canadian beat his opponent 2-6, 6-4, 6-4, 3-6 and 6-1 in a clash lasted nearly three hours.

Broken on his first serve of the match, Shapovalov fumbled the first set before finding his rhythm winning the next two. The Swiss converted two break points in the fourth set to win forcing the match into a final set. In the final set, Shapovalov dominated Huesler from start to finish to advance to the second round. He had 12 aces and saved five of the eight break points he faced. He will face the winner of the match between Spaniards Jaume Munar and Roberto Carballes Baena on Thursday.

The successful Monday at Flushing Meadows began with Bianca Andreescu defeating Harmony Tan of France in three sets. The 2019 US Open women’s champion won the opening set 6-0 in just 25 minutes. Andreescu then dropped the second set 3-6. But she reset and came back to take the third and deciding set 6-1.

Having improved her career record at the US Open to 11-1, Andreescu will face 15th seed Beatriz Haddad Maia on Wednesday. The Brazilian was a finalist at the Canadian Open a couple of weeks ago.

Later in the afternoon, Rebecca Marino got past Magdalena Frech of Poland in straight sets, 6-2, 6-3. That is the 31-year-old’s first main draw win at the US Open in 12 years. Her next opponent will be Daria Snigur of Ukraine who knocked out former world number one Simona Halep in the first round.

In the night session, last year’s finalist and this year’s 14th seed Leylah Fernandez also got a straight sets win. She defeated Oceane Dodin of France 6-3, 6-4 in just over an hour. It was a clean match for the 19-year-old with 26 winners including 10 aces and just nine unforced errors. Her second round opponent will be Luidmila Samsonova, ranked 35th in the world, who just won her second career WTA title this past weekend.

The first Canadian man to hit the courts was sixth seed Félix Auger-Aliassime. It took him four sets (6-3, 6-4, 3-6, 6-3) to defeat Swiss qualifier Alexander Ritschard. A semifinalist last year, Auger-Aliassime took advantage of the one service break he got in the first two sets as he hit 38 winners including 13 aces in the match. Next up for the 22-year-old on Wednesday will be Great Britain’s Jack Draper.