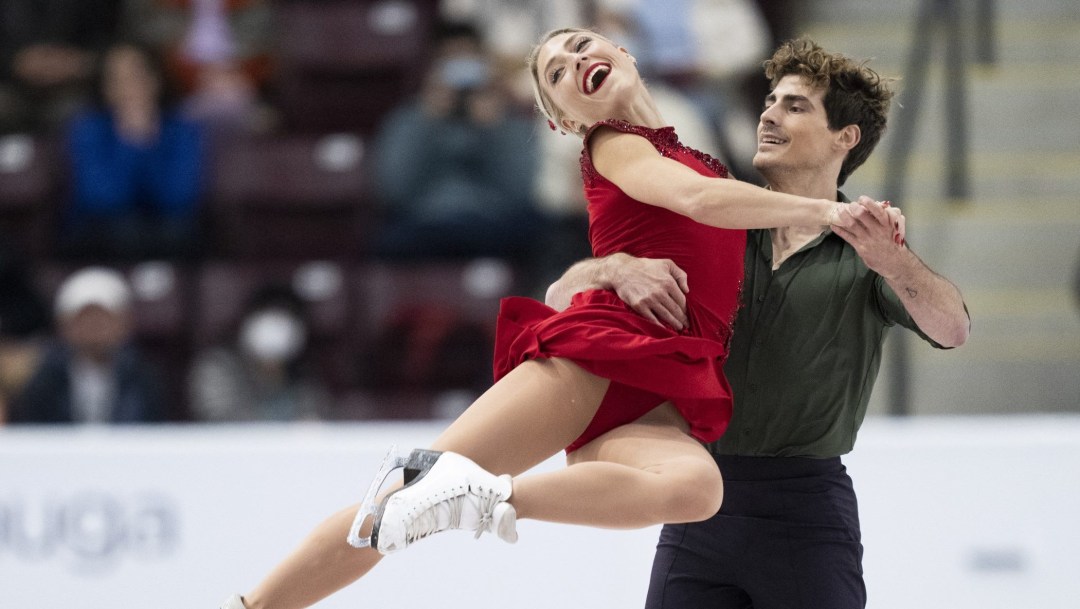 Piper & Paul and Evita: A dance a decade in the making

Where do we go from here?

This isn’t where we intended to be

Piper Gilles and Paul Poirier had last season all mapped out in their heads.

As the reigning world bronze medallists, they publicly declared that their goal was to stand on the Olympic podium at Beijing 2022. Their free dance to “The Long and Winding Road” could have been seen as their farewell to competitive figure skating, celebrating the journey that had seen them become one of the best ice dance teams in the world.

But in addition to the Games being abnormal, held without spectators under the cloud of COVID-19, they didn’t deliver the performances they knew they were capable of and ended up finishing seventh. They were also unable to climb onto the podium at the worlds a few weeks later where they placed fifth.

Their dream of skating off into the sunset having achieved everything they wanted was not to be. It left them unsettled and unable to see what they would do next.

What do we do for our dream to survive?

How do we keep all our passions alive,

As we used to do?

As they usually do each spring, they went on tour across the country with Stars on Ice.

“We were having an absolute blast performing for people. That kind of sparked our interest in possibly skating again, but even talking about it again was so hard because we were so ‘I don’t know, am I ready, can I do this again?’,” said Gilles. “I think the moments we created during Stars, the moments we had with the cast, you know we really do love this and maybe there is some possibility that we can continue to love this. Let’s take the time to reset, be human, come back and see if we want to do it.”

After a six-week break from the ice – longer than they had ever had — their coaches started to ask if they were coming back. Gilles and Poirier had only just talked about it themselves a few days prior.

“Usually in January we have music ideas for the next season, so when we get started, we know what we’re doing, we have a plan,” said Poirier. “We got back on the ice that second week of July and we just kind of showed up with nothing organized, no plan, no music ideas. We hadn’t even talked about it at all. And we just allowed ourselves to skate for that first week.”

Deciding to take a fresh approach to their competitive career — an approach that wasn’t focused on an Olympic Games four years down the line but rather just about enjoying where they are right now – they felt the time was right to bring the characters of Eva Peron and Che to the ice.

From the first season they had skated together just over a decade ago, the concept of skating to Evita had come up more than once. The musical by Andrew Lloyd Webber and lyricist Tim Rice tells the story of the former First Lady of Argentina, who rose from nothing to be an actress before meeting and marrying Colonel Juan Peron who went on to be elected the country’s President in 1946. Throughout the show, the fictional character Che acts as the narrator and inner guide for Eva.

“It never felt like the right moment,” said Poirier of their long wait to use Evita as a showcase. “We started tinkering with a music cut for the 2020-21 season, which was the first season of the pandemic, and then as our preparation time dwindled, we thought there just wasn’t enough time to develop this program the way that it needed in order to sell it correctly and to really do it justice. So, it had to go back on the shelf for a little bit.”

Because of their late return to the ice this past summer, time was ticking towards the start of the season. Though they weren’t going to rush anything, decisions did have to be made about their music. They settled on the character piece that had always been in the back of their minds.

There are so many memorable songs in the musical – including the iconic “Don’t Cry For Me Argentina”, which they use to close their free dance. But they were very particular about picking the song “You Must Love Me”, which was written for the movie starring Madonna and has very poignant lyrics.

“We really did want to start with that song because it set the tone for the program, set the tone for where we were in that moment as we were creating it,” said Poirier. “The thing about storytelling, there’s the story you’re telling and there’s the way people can relate to that story.”

Because nothing had been set in stone when they started preparing for this season, they had the opportunity to play and develop their choreography in a creatively different way. They didn’t make achieving levels of difficulty on their elements the sole focus of the process. They also weren’t feeling the pressure of time as they had in the past.

“We didn’t feel we had to be 100 percent ready for high performance camp (in early September). We knew we weren’t going to do a Challenger event. I think we even had the possibility that we wouldn’t be ready for the Grand Prix if the programs didn’t pan out like we wanted them to. We really wanted to take the time to make sure everything was how we wanted it to be,” said Poirier.

“We knew the moment we started choreographing this program that it was going to be something special,” said Gilles, who added that it sometimes felt like it choreographed itself. “The moment was coming; it was just trying to figure out how to create those moments. I think that’s just given us the confidence heading into this first competition. We’re rested, we’re mentally healthy, everything is right where it needs to be.”

The debut of Evita could hardly have gone better. Without having had the opportunity to receive feedback from judges at earlier events, they won the gold at Skate Canada International handily. From here on out, they just want to continue to captivate people.

All you have to do is look at me to know

That every word is true