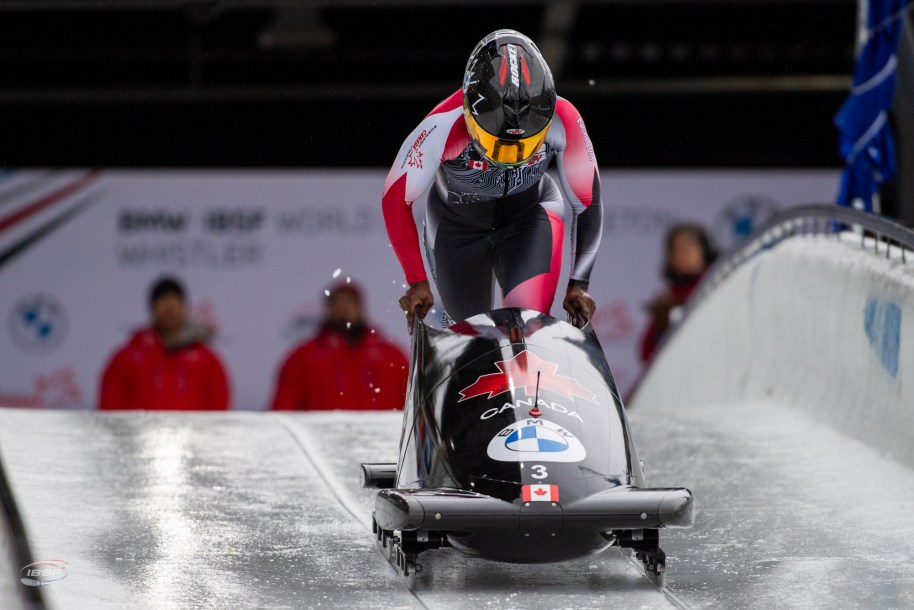 After winning the silver medal behind fellow Canadian, Bianca Ribi last week at the first World Cup of the season in Whistler, BC, Appiah continues to be a force on the track.

READ: Ribi and Appiah speed onto the monobob podium in Whistler

Finishing with a cumulative time of 1 minute 43.26 seconds, she slid into the finish 0.33 seconds behind the winner of the event — American Kaillie Humphries, and only 0.02 seconds behind silver medallist Lisa Buckwitz of Germany.

The Canadian was in fifth place after her first run, trailing by 0.15 seconds on Humphries who was already at the top of the standings. Appiah set the second fastest time in the second run to move up the standings and onto the podium.

The two-man event will take place later Friday night and the IBSF World Cup in Park City will conclude on Saturday with the two-woman and four-man events.