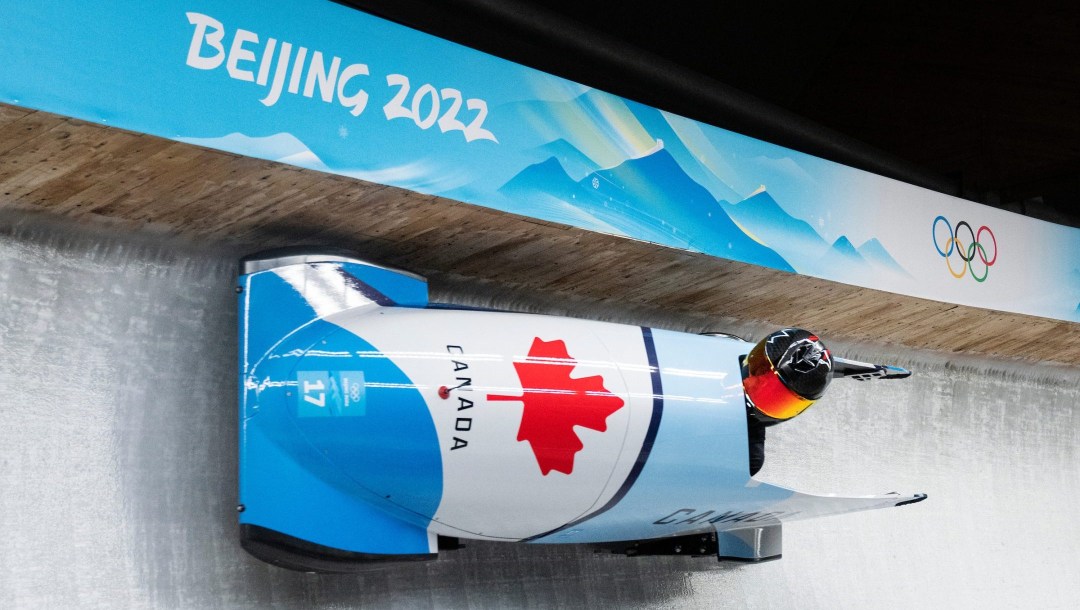 Appiah made her World Cup debut in January 2016 in an all-woman four-man sled piloted by Kaillie Humphries. She got into her first elite two-woman race at the 2016 World Championships in a sled driven by de Bruin. During the 2016-17 season, Appiah began competing in the two-woman event on the World Cup circuit and won gold in her first race in Whistler in December with Humphries. She also spent time in Rissling’s sled, which included a sixth-place finish at the world championships and a bronze at the Olympic test event for PyeongChang 2018.

After being an alternate brakewoman for PyeongChang 2018, Appiah nearly walked away from bobsleigh, having been so close but so far from her Olympic dream. With encouragement from teammates and coaches, she decided she would learn how to drive and control her own destiny in the sled.

Her first international two-woman race as a pilot was in a North American Cup event in November 2018. In January 2019, she competed in her first monobob race in Calgary. She returned to the brakewoman position in Rissling’s sled for the 2019 World Championships.

Appiah was back in North American Cup races in 2019-20 and won her first medal on the circuit as a pilot when she grabbed bronze in Lake Placid in January 2020. She made her World Cup debut as a pilot a couple of weeks later in Innsbruck.

Because of the COVID-19 pandemic, the Canadian bobsleigh team only competed in the second half of the 2020-21 season. In late January, she finished fourth in both the two-woman and monobob races at the World Cup in Innsbruck. In her first world championships as a pilot in 2021, Appiah was the top Canadian pilot in the monobob (placing fifth) and two-woman races (placing ninth).

During the 2021-22 season, Appiah reached the podium in four of seven monobob races at the World Cup level and never placed lower than fifth to rank her third in the overall standings. She also slid to three top-eight finishes in World Cup two-woman races.

During her official Olympic debut at Beijing 2022, Appiah placed eighth in both the monobob and the two-woman events, joined in the latter by brakewoman Dawn Richardson Wilson.

Appiah competed in athletics at York University where she was named the 2013 York Female Athlete of the Year. She was a three-time silver medallist in shot put at the CIS Championships (2010, 2012, 2013) and won two medals in 20lb weight throw. In 2012, Appiah represented Canada at the NACAC U23 Championships, making the hammer throw and shot put finals.

A Little More About Cynthia

Getting into the Sport: Was introduced to bobsleigh in 2011 but didn’t pursue it seriously until 2013 after she had finished university… She had gotten to a point in her throwing career that she knew she couldn’t progress enough to be an Olympian, but felt there was an opportunity for her to be great in bobsleigh, knowing the power and strength she possessed… Outside Interests: Graduated from York University in 2013 with an Honours Bachelor of Arts in history with a psychology minor… Might like to do a degree in physics or pursue a masters in history… Supports Fast and Female, Classroom Champions, and the Jays Care Foundation… Loves watching and playing Jeopardy!, huge fan of Sporcle quizzes, enjoys knitting and crocheting (though she never finishes projects), watching the Toronto Blue Jays, anime, trying new foods… Used to work in subscriber services for the Toronto Blue Jays… Odds and Ends: Biggest athletics inspiration is Serena Williams but also admires Naomi Osaka and Simone Biles for their prioritization of mental health… Favourite motto: “Every storm eventually runs out of rain”… Always puts her socks and shoes on left to right and has specific race-day clothes…