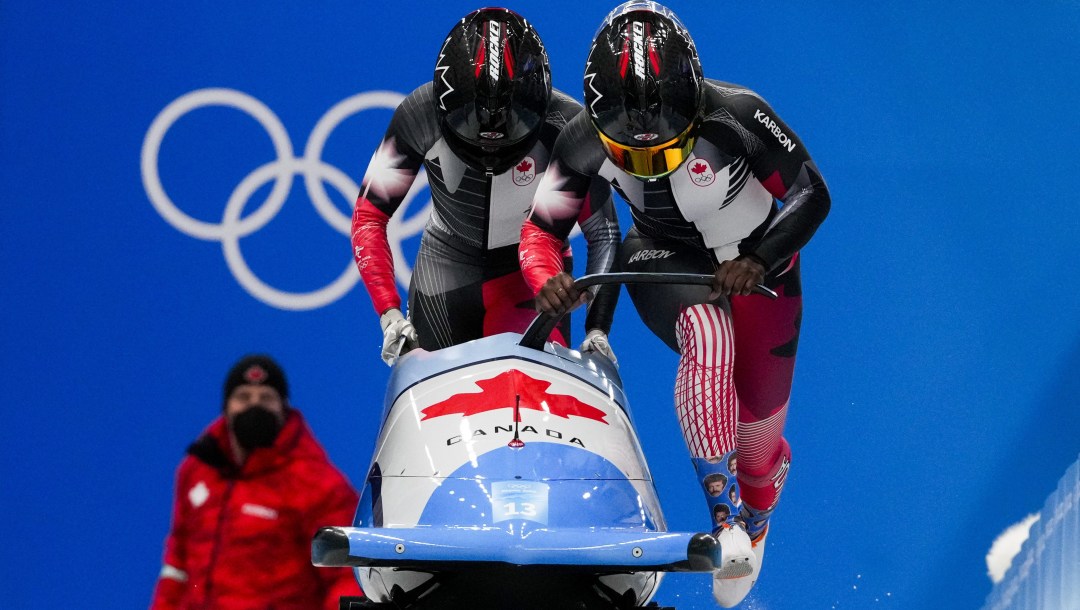 Dawn Richardson Wilson made her international debut in November 2018 with pilot Kori Hol on the North American Cup circuit. They stood on their first podium at the end of the month in Lake Placid and won their first race in January 2019 in Calgary. Pushed by Richardson Wilson in all but one race, Hol ended the season as the top-ranked pilot in the North American Cup two-woman standings.

Richardson Wilson got into her first World Cup race in December 2019, pushing Christine de Bruin to a fifth-place finish in Lake Placid. But her season would be cut short by a concussion sustained in a training crash. Richardson Wilson became a fulltime World Cup brakewoman in 2020-21, but the Canadian team only competed in the second half of the season because of the COVID-19 pandemic. She achieved a career-best fourth-place finish with pilot Cynthia Appiah in Innsbruck in January 2021. A week later, she made her world championship debut in Alysia Rissling’s sled.

A Little More About Dawn

Getting into the Sport: Grew up competing in a lot of sports (basketball, rugby, athletics, weightlifting) but fell in love with bobsleigh after going to a recruitment camp… She joined the national team program in 2018… Outside Interests: Her family runs a restaurant that she helps out with when at home… Volunteers as a respite worker for autistic children in the summer… Would like to join the RCMP… Loves binge-watching TV and moves and playing board games with teammates… Working towards a sociology degree… Odds and Ends: Born in Accra, Ghana;  moved to Canada at age 2… Favourite motto: “If not now, then when”…