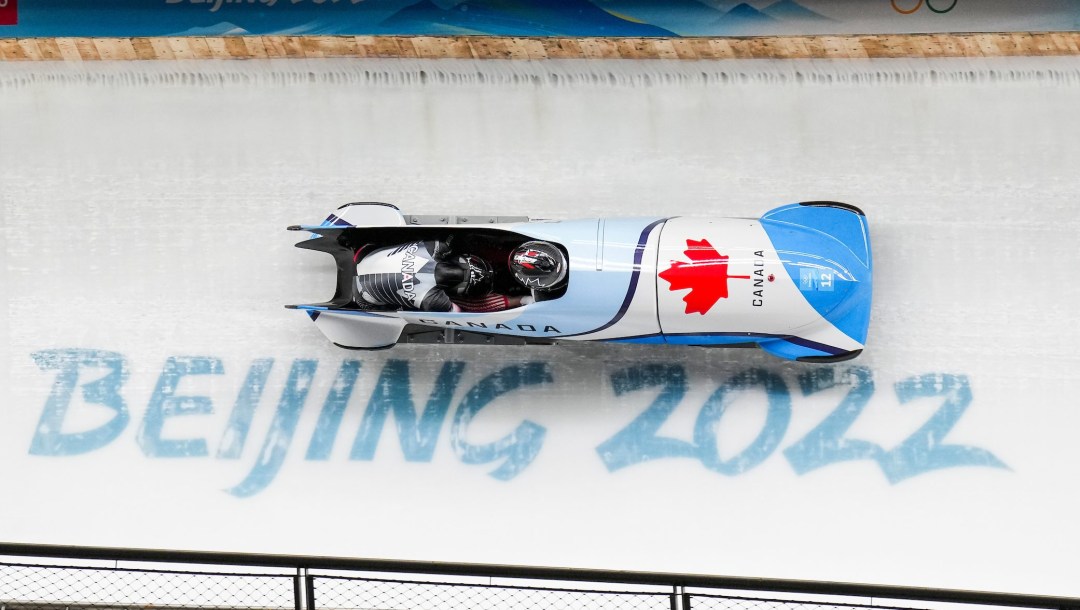 Melissa Lotholz always had an appetite for bobsleigh. As a three-year-old, she dragged a metal toboggan to the top of a two-metre high slide made by her father and slid down some packed snow into the garden. But it wasn’t a sport she could pursue right away, instead becoming a varsity track and field athlete at the University of Alberta.

After the 2013-14 season, she began training specifically for bobsleigh, having impressed recruiters with her dryland testing at a talent identification camp the year prior. She moved to Calgary and within a few months earned a spot as the brakeman for two-time Olympic champion Kaillie Humphries. She made her international debut in a North American Cup race in November 2014 before making her World Cup debut in Lake Placid just a month later. As a rookie, Lotholz stood on three World Cup podiums.

In 2015-16 she and Humphries reached the podium in all eight World Cup races, winning gold at four of them to claim the Crystal Globe for the overall World Cup title. They also captured silver together at the world championships in Igls, Austria. Lotholz began the 2016-17 season pushing for Alysia Rissling but returned to Humphries’ sled in January and won three more World Cup medals before claiming a second straight world championship silver. That season Lotholz was also part of the historic first ever four-women competition at a World Cup.

Lotholz stood on the podium with Humphries at the first three World Cups of 2017-18, winning two of them. But when it came time to make her Olympic debut at PyeongChang 2018, Lotholz was paired with pilot Christine de Bruin. They finished seventh overall, highlighted by posting the fourth-fastest time in the second run.

Ahead of the next season, Lotholz decided to take more control of her career by transitioning to the pilot seat. She spent most of her time in 2018-19 and 2019-20 driving on the developmental North American Cup circuit. At the start of her second full season as pilot, Lotholz won three straight bronze medals in North American Cup races with brakewoman Sara Villani. She ended the season as the fourth-ranked pilot on the circuit.

Because of the COVID-19 pandemic, the Canadian bobsleigh team only competed in the second half of the 2020-21 World Cup season. Lotholz made history in January when she became the first Canadian pilot to win a women’s monobob medal at the World Cup level, taking bronze in Innsbruck. At that same stop, she finished fifth in two-woman with Villani.

At the start of the 2021-22 season, Lotholz finished sixth in two-woman at the Olympic test event of the Yanqing Sliding Centre with brakewoman Eric Voss. Her top World Cup result of the season was seventh place with Villani in Altenberg in December. In her first Olympic appearance as a pilot, Lotholz drove to a 12th-place finish in the two-woman event at Beijing 2022 with Villani.

Getting into the Sport: Introduced to bobsleigh by track and field teammate Christine de Bruin, who had decided to try it in 2011 at the suggestion of their varsity coach… Attended her first bobsleigh talent identification camp in January 2013 while in her second year at the University of Alberta… Outside Interests: Earned a certificate in music and worship studies at Vanguard Bible College in Edmonton before studying Nutrition and Food Science at the University of Alberta… Intends to finish her degree after her bobsleigh career… Was heavily involved with the Athletes in Action campus ministry… Enjoys exploring her creative side through drawing, colouring books, singing along to music, playing piano, journaling… In a different life would be a pianist in an orchestra that plays scores for movies… Odds and Ends: Grew up on a family farm that her great-grandfather homesteaded more than 80 years ago; during the pandemic worked part-time as a general labourer doing everything from picking rocks to operating equipment…