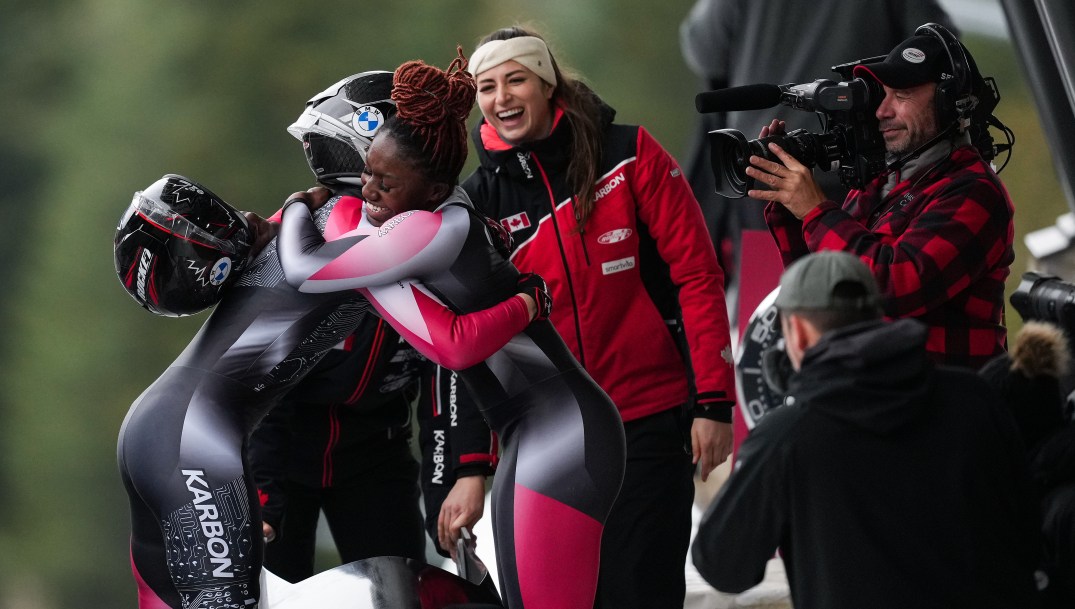 Bianca Ribi has announced her presence with authority at the IBSF World Cup in Whistler, BC by winning gold in her World Cup monobob debut. Cynthia Appiah joined her on the podium finishing close behind to claim the silver.

Bibi started her first run strong and found herself in second position 0.01 seconds behind Laura Nolte of Germany — Olympic champion in the 2-women event. Appiah followed close behind 0.45 seconds out from the lead.

During the second run Bibi got into the groove finding all the right lines along the track to finish with a total time of 1:50.89 after her two runs. Appiah finished 0.27 off of the lead with a combined time of 1:51.16. Rounding out the podium was monobob Olympic chamipon Kaillie Humphries of the Untied States (1:51.18).

In skeleton action on Thursday, Blake Enzie finished 6th — a career best result for him in just his fourth career World Cup race. Both Canadian women slid into the top 10, Mirela Rahneva placed 7th and Jane Channell tied for 8th.

Team Canada’s women will be back in action tomorrow for the 2-women races. The men take to the track tonight in the 2-man and tomorrow in the 4-man.