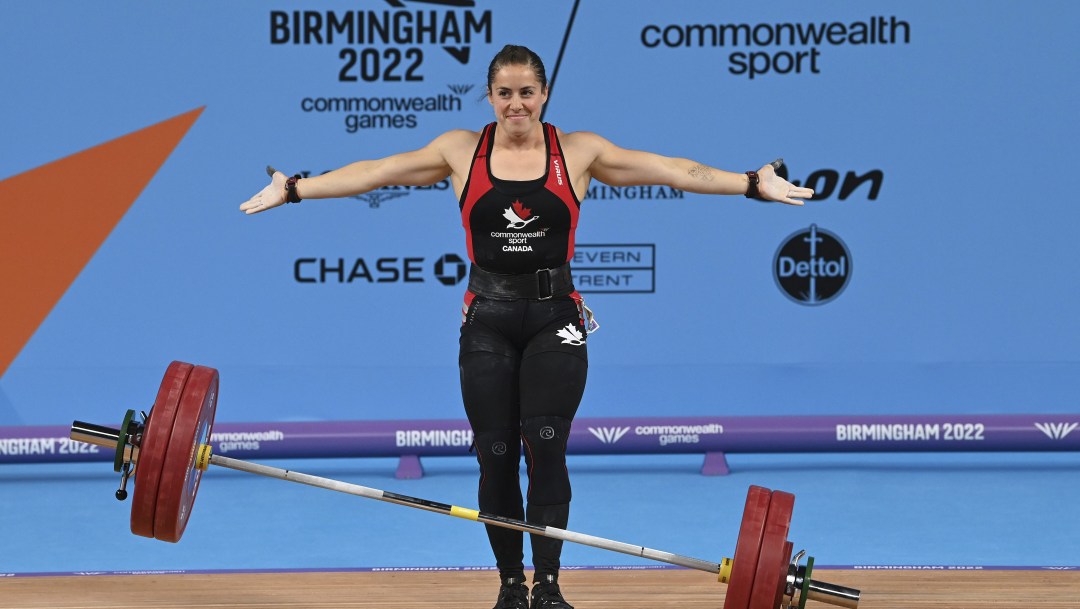 Olympic champion Maude Charron has another major medal to add to her trophy case after winning bronze at the IWF Weightlifting World Championships in Bogota, Colombia.

After winning gold in the 64kg event at Tokyo 2020, Charron had to drop down weight classes to compete at 59kg when her previous category was eliminated from the Olympic program for Paris 2024. The world championships were her first major international competition in her new weight class and the first competition from which results will count towards Olympic qualification. The Olympic Qualification Rankings will close in late April 2024.

Charron won her first career world championship medal by lifting a total of 231kg. That left her one kilo back of silver medallist Kuo Hsing-Chun of Chinese Taipei and three back of gold medallist Yenny Fernanda Alvarez Caicedo who was competing in front of her country fans in Colombia.

Charron tied for the top lift in the snatch, hoisting 103kg, but could only manage 128kg in the clean and jerk. That still gave her enough to get the bronze by one kilo over Luo Shifang of China.

Earlier this year, Charron won gold at the Commonwealth Games in Birmingham, England. There she competed in her old 64kg event while making the gradual drop to her new competition weight. In a positive sign, though she had a body weight that was 2.33kg more than she weighed in at the world championships, she lifted the same total of 231kg at both events.

In September, Charron competed at the North American Open for weightlifters from Canada and the United States. There she broke three 59kg national records in the snatch (95kg), clean and jerk (122kg), and total weight (217kg) — all of which she smashed in Bogota.

The IWF World Championships will run through December 16.