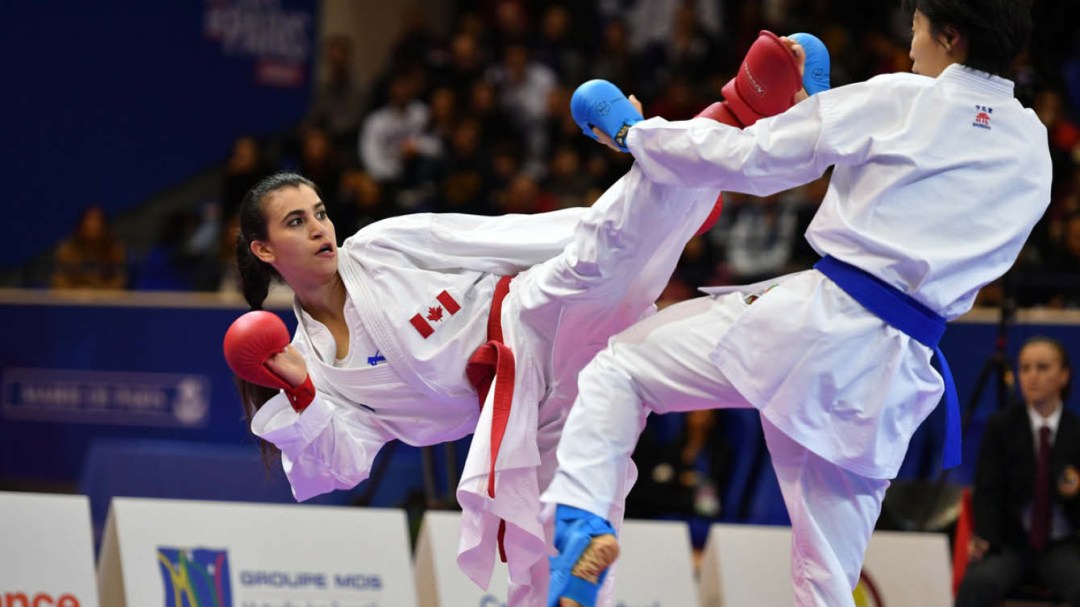 Kathryn Campbell, Daniel Gaysinsky, Haya Jumaa and Rita Ha Thi Ngo qualified for Team Canada based on their performances at the 2019 North American Cup and the Pan American Games Qualifier that respectively took place on December 1 in Los Cabos, Mexico and on March 20 in Panama City, Panama. All four athletes have been benefiting from targeted Enhanced Excellence support over the last year through Karate Canada’s Team 2020 program, with generous support and funding from the Government of Canada.

“I am so humbled to once again have earned the opportunity to represent Canada at the Pan American Games,” said Kathryn Campbell, who was a silver medalist at the TORONTO 2015 Pan Am Games. “I can honestly say the last Pan Am Games in which I participated was the experience of a lifetime, and I am so excited to represent karate at this level of international competition once more. Let’s do this Canada!”

“As a volunteer at the 2015 Pan Am Games, I held high the Canada sign and led the Canadian athletes onto the field of play,” added Haya Jumaa, ranked No. 7 in her division by the World Karate Federation. “I promised myself at that moment that in 2019, I would be on the other side of the board, competing for Canada. My dream has come true and I can’t wait to win a gold medal for my country!”

The three highest ranked gold medallists from the eight events at Lima 2019, who do not qualify through Olympic rankings or tournaments, will earn their places at Tokyo 2020.

The team’s last competition before the Pan Am Games will be held on home soil, as Karate Canada will host, for the first time, a WKF Karate1 Series A event in Montreal from June 21-23. This will be an additional international experience for Team Canada before they leave for Peru, as well as a chance for Canadians to witness live karate from some of the best athletes in the world.

Karate will take place near the end of the Games on August 9 to 11 (Days 14 to 16), at the Polideportivo Villa El Salvador.

Karate Canada is a not-for-profit corporation constituted under Part II of the Canada Corporations Act, with the objective of describing and incorporating all activities related to the promotion, organization, regulation and popularization of the sport of karate all over Canada, of protecting the physical and emotional health of athletes, and of promoting the interests of karate throughout Canada. Karate Canada and its 11 member Provincial and Territorial Associations assemble roughly 16,000 participants nationwide. Furthermore, Karate Canada is a proud member of the Canadian Olympic Committee, the World Karate Federation and the Pan American Karate Federation. See more at www.karatecanada.org.