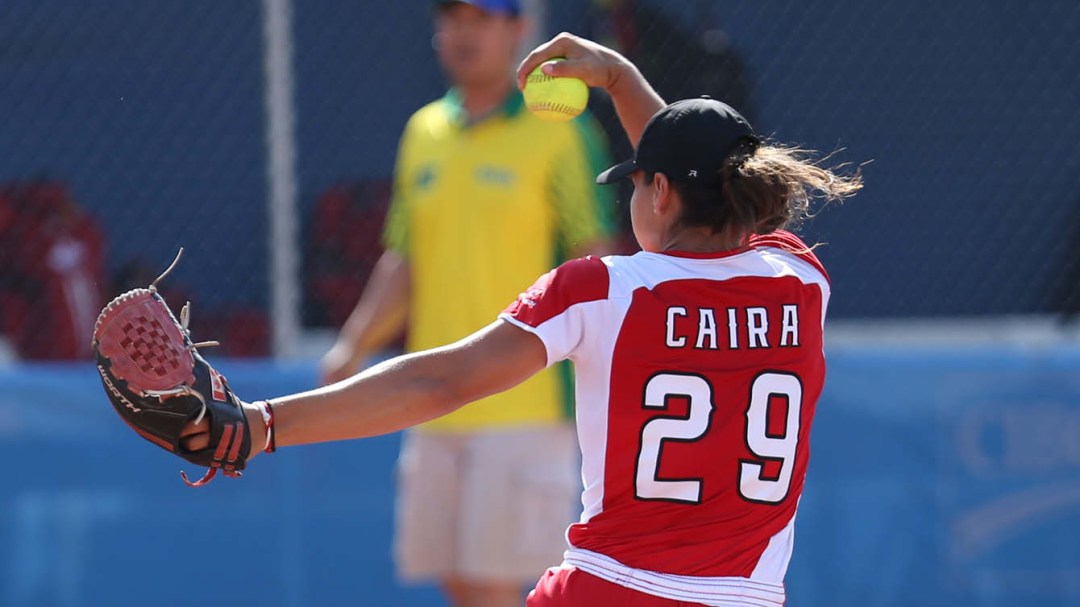 “2015 was a special year for our team after winning gold on home soil in Toronto,” said pitcher Jenna Caira. “Our program has since grown even stronger, both on and off the field and I am excited to compete in Lima to defend our title. It’s important to continue looking forward in our development, but also embrace these amazing moments the 2019 Pan Am Games have to offer. It is an honour and privilege for our softball team to represent Canada alongside other fellow Canadian athletes this summer.”

“It is an honour to be named to the Pan Am Games roster for this summer,” added outfielder Victoria Hayward. “Having missed the last Games in 2015 in Toronto due to injury, it is a privilege to continue to represent Canada and get to share this experience with my teammates! We’ve worked so hard up to this point and can’t wait to continue to compete together as we work towards our Olympic qualifier.”

“I am very proud to have the opportunity to represent Canada in Peru, and it is something only a select number of people get to do,” said Sara Groenewegen. “Getting the chance to play at another Pan American Games is an honour, especially after all of the hard work we put in this off season. Toronto (in 2015) was a life changing experience. It was the closest experience to the Olympics that our team has had since 2008, so to be a part of a team that has another chance to live out that experience is really exciting. We are hopeful that the Games will be another step up in our preparation for the Olympic qualifier in August, and we are extremely excited to represent Canada in Peru.”

Softball at Lima 2019 has no direct impact on Tokyo 2020 Olympic Games but is an important final tune-up in preparation for the WBSC.. The WBSC Americas Softball Qualifier is scheduled to take place from August 25 to September 1 in Surrey, B.C.

The Canadian women’s softball team won gold at the TORONTO 2015 Pan American Games and has a pair of bronze medals at the 2016 and 2018 WBSC World Championships. The team is currently competing as the Canadian Wild of Southern Illinois in the National Pro Fastpitch (NPF) League.