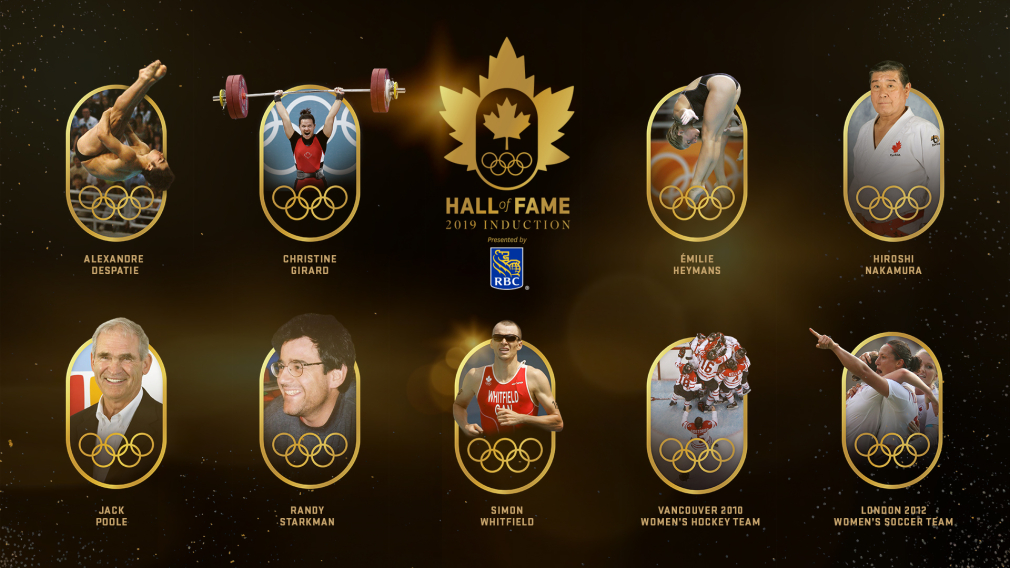 TORONTO (October 15, 2019) – The Canadian Olympic Hall of Fame, presented by RBC Class of 2019 will be officially inducted in a ceremony held on October 23, 2019 in Toronto. The induction ceremony will also reveal and recognize the recipients of the Randy Starkman Award, RBC NextGen Award and OLY Canada Legacy grants for their contributions to the community.

**The Induction Ceremony will not be open to broadcast media. The Canadian Olympic Committee will be providing footage for editorial use.