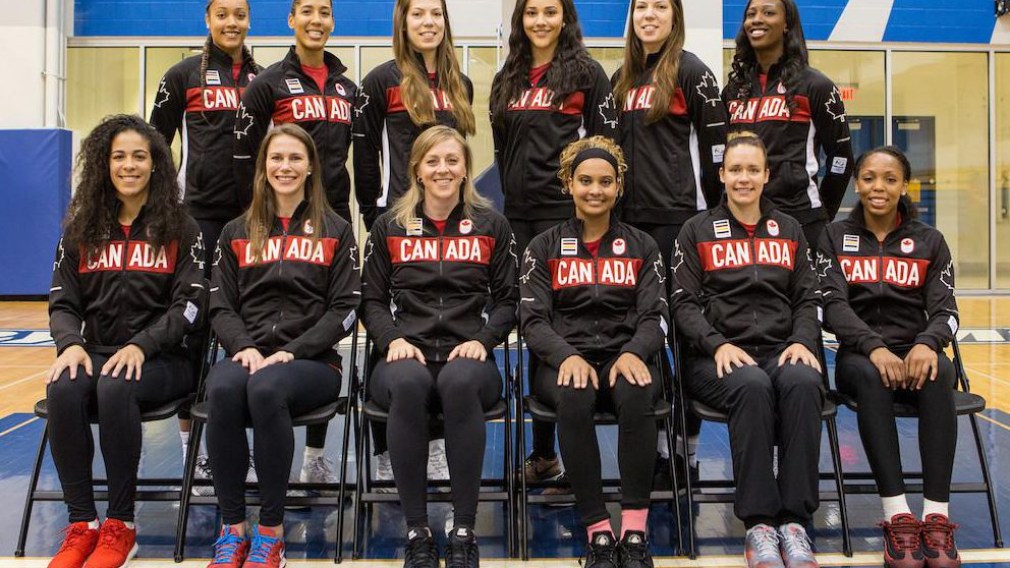 In preparation for the Games, the team completed a 4-1 run in a European exhibition series and went 3-0 in a friendly tournament against China. Next week, the team heads south for the USA Basketball Showcase, where they will take on Australia, France and the United States.

At Rio 2016, Canada expects to field a team of approximately 314 athletes.

“As an athlete there is no greater honour than to represent your country at the Olympic Games. To be able to hear your anthem with Canada across your chest sends chills down your spine. I am humbled to be a part of this team and we can’t wait to inspire and make our country proud. ”

“These 12 women are well aware of their expectations in Rio. They have achieved tremendous success everywhere they have competed and it will be no different when representing Canada this summer. We are very fortunate to have such a strong basketball program and I would like to congratulate these women and Canada Basketball for their achievements.”

“We’re excited to be fielding a team for our second consecutive Olympic Games. We commend the commitment and dedication of every athlete, coach and staff member who has contributed to our road to Rio.”

“We’re extremely proud of these 12 athletes and what they’ve sacrificed and accomplished to get to Rio. We’re ready to take that passion and dedication to the world stage and continue to make Canada proud to support our team.”

“Congratulations to the athletes named today to Canada’s basketball team bound for the Rio 2016 Olympic Games. Our Government is proud to have supported Canada Basketball and our women’s team as they beat the world’s best over the last year. They should know that all Canadians are behind them as they go for gold in Brazil.”

The women’s basketball team which will represent Canada at Rio 2016 includes: