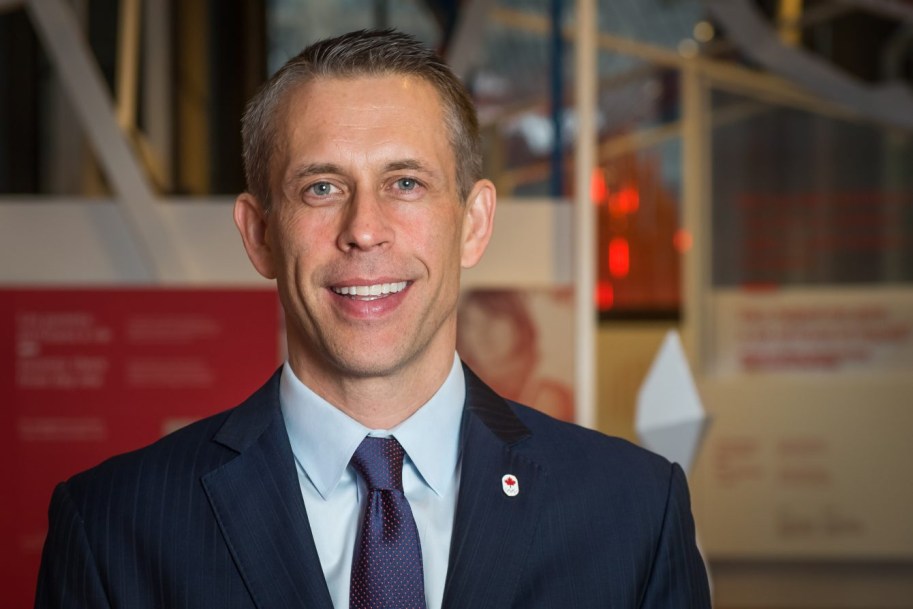 Shoemaker is coming home to lead the COC after spending seven years as CEO of NBA China and prior to that, President of the WTA Tour. The Ottawa native who will be based out of Toronto for this role with his wife Jennifer and three children, replaces Chris Overholt, who left the COC on September 5. Senior sport executive Robin Brudner served as interim CEO and Secretary General during the search for Overholt’s replacement.

“We are thrilled that David will be joining our team as our new CEO. Along with an obvious love for sport, he brings to the role strong values and a collaborative and innovative style of leadership as demonstrated in his impressive work to date as a leader on the world sports stage,” said Tricia Smith, President of the COC.

“On behalf of the Board of Directors, I also want to thank Robin Brudner for agreeing to step in as interim leader during our search for a new Chief Executive Officer and Secretary General.  The organization benefited greatly from Robin’s leadership in not only staying the course but moving our organization forward during this period of transition.”

In his new role as CEO, Shoemaker will report to the president and the board of directors and will be responsible for leading the organization. He had a highly successful tenure leading NBA China and left a legacy of record revenue growth, expanding marketing partnerships to unprecedented levels, and leading the creation of the largest digital media partnership in sports with Tencent.

“Ever since the 1980 Winter Games in Lake Placid, I have been completely captivated by the Olympic movement and all that it represents. This is a dream come true for me.” said Shoemaker, 47. “I want to thank Tricia and the Board of Directors for placing their faith in me to lead this world-class organization. I look forward to working with the staff at the COC, our corporate partners and the sport community to continue providing the necessary support for Canada’s Olympic athletes to be their best on the world stage.”

Before joining the NBA, Shoemaker spent seven years at the Women’s Tennis Association (WTA), most recently as its President. He was instrumental in an unprecedented expansion of women’s professional tennis and was a member of the executive team responsible for the historic achievement of equal prize money for women at the French Open and Wimbledon.