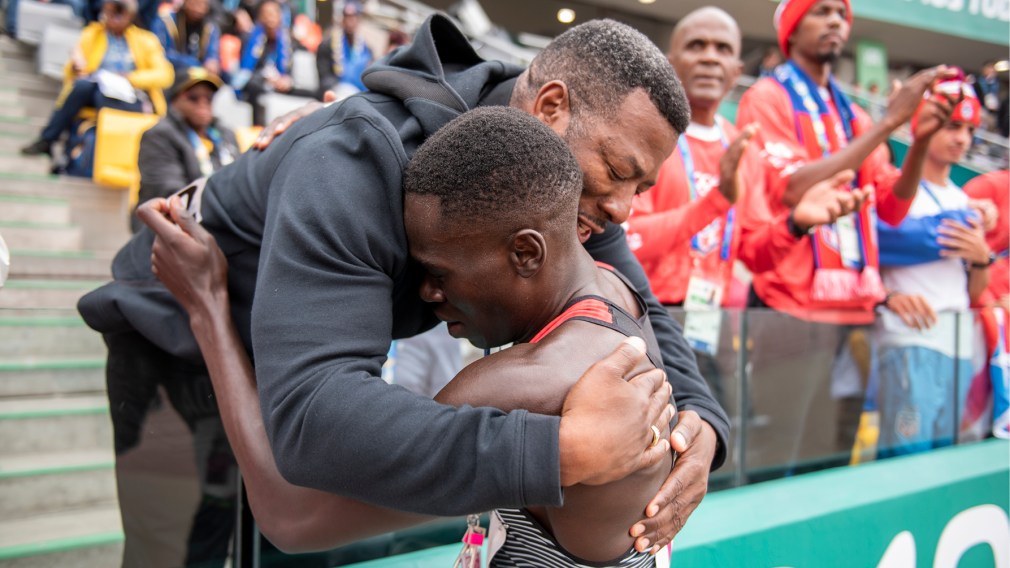 LIMA, PERU – Day 15 saw the end of swimming and fencing at Lima 2019. Bailey Andison’s bronze in the women’s 200m individual medley and silver in the women’s 4x100m relay contributed to the 15 total swimming medals won at Games. The men’s sabre team fell short in their gold medal match for the ninth and final fencing medal – a Canadian Pan American Games record. The road to Tokyo 2020 hit a bump for the men’s field hockey and water polo teams as they settled for silver. The men’s field hockey team will have another shot at earning an Olympic berth in the fall, while the men’s water polo team have their next opportunity in March 2020.

Milan RADENOVIC (Silver Medalist and Goalkeeper: Men’s Water Polo) on key takeaways from their loss against the US:

“We had some good games like [our game against] Brazil and some of the earlier games we played pretty well, solid and showed what we can do. Overall we’ve shown that we can do a lot of this really good quality water polo. We just have to pull it out under pressure and when it matters and things aren’t going 100% but you need to make it 100%.”

“I put a lot of work into my preparation for this event, but things went a little bit off the rails in the final. A gold medal is what I was gunning for, but we are all working so hard to get to the Olympics that we need to keep in perspective how much work went into being here at Pan Ams. I know all these competitors so well since we’ve literally grown up together and it’s always such a privilege to go onto the mat with them. Overall I’m very happy to have another silver medal and it will be nice to go home and celebrate with my friends and family.”

Daniel GAYSINSKY (Silver Medalist: Karate – Men’s +84kg) on winning silver in his Panam Games debut after missing out on TORONTO 2015 due to a torn knee ligament suffered just prior to competition:

“This was a long time coming for me for sure, but unfortunately I wasn’t able to finish things the way I really wanted to. I felt great today after finishing first in the round robin, the semi-finals went really well and then I made a tactical error in the finals. I’m just happy and proud to represent Canada and next time it’s going to be a gold medal.”

“It’s obviously disappointing. We started off well and the second quarter was not our best. We wanted to try and limit their corners if we could. They got a few in that second quarter. We wanted to try and get longer patches of possession as much as possible. We did get some periods where we did, but there were other times where we felt we just got dictated too much. It’s a team with quality up front. That’s not a good thing for us.”

“We will take some time off and then we will see how all the [Olympic] qualifier match-ups will start to shake out. Then we will start training again. We look forward to put in a good performance in a head-to-head qualifier.”

“Right now, we are good enough to beat the teams that are a little bit behind us. But the bigger teams, like Argentina, are just a step or two ahead of us. We need to find a way to close that gap and we need to do that soon in the next couple of months. We will learn from it and see what we can do and be ready come October.”

“It was really intense, I started very slow and very weak. I got really sick couple days ago when we arrived here. But I took the chance and I felt a lot stronger [in my bronze medal, and I’m really happy that my training is finally paying off. It is my first Pan Am Games and my first Pan Ams medal and I feel amazing I feel on top of the world, to be honest, I’m really happy. This especially this match meant a lot to me. So I’m really happy right now.”

“They came out kind of pumped out there to begin with. But we did a really good job fighting back we just couldn’t make enough plays at the end. A few close calls didn’t really go our way. But we battled the whole game. I thought we battled all tournament and it came down to one or two plays that they made and we didn’t”

“Obviously the USA is a good team. The game was 1-1 until the sixth inning so I do not think it was a poor game. They just capitalized on our mistakes.I don’t think the errors hurt us until the sixth inning. This loss hurt a little bit because we were in it for so long. A lot of teams can’t play seven innings against the USA. It will be hard when you look back at it.”

“While I’m happy with how I sailed to win the silver medal, what made this regatta awesome was re-joining the Canadian Team for one more event. The team is full of young sailors on their way to future success; they are talented & hardworking and I feel extremely privileged to be part of this years team. A huge congratulations to Sarah for taking home the Gold and Alex & Justin with locking up bronze and an Olympic spot.”

“It’s pretty cool. I raced in the race where [USA’s Ashley Higgison] got it last time and I came third, but she had an amazing career and it was so great to be able to follow in her footsteps today, and bring back that Pan Am Games record home for Canada.”

“I’m on top of the world right now. It can’t get better than this.”

“I don’t know what to think of that. Times were the last thing on my mind. I was just hoping to win a medal for Canada. To have a PR and PAG record is just extra. That’s just a bonus right there.”

Q. At the 2015 Pan Am Games  Canada had its largest delegation at any international multi-sport event. How many athletes were part of this record number?