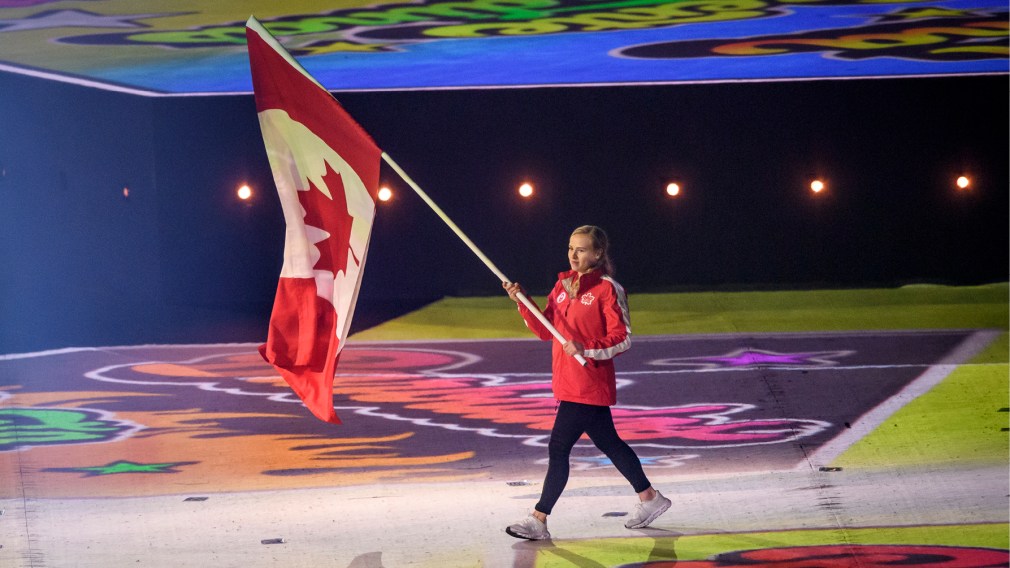 LIMA, PERU – Ellie Black, who was named flag bearer earlier in the day, lead Team Canada into the Closing Ceremony of the Lima 2019 Pan American Games. Team Canada’s delegation of 476 athletes won a total of 152 medals (35 gold, 64 silver, 53 bronze) – the most in a non-home Games since Mar del Plata 1995 (196). Canada finished third in total medals won behind the USA and Brazil.

On Day 16, archer Crispin Duenas won gold in the men’s individual recurve. Since the USA had won a quota spot for the United States before the Pan Am Games,their mixed team win, which would have secured a Tokyo quota spot, was reallocated to the men’s final, helping to secure Canada a trip to Tokyo 2020 in the same discipline. That marked the seventh Olympic qualification achieved at Lima 2019 including equestrian dressage and jumping teams, artistic swimming duet and team, women’s water polo and men’s 49er in sailing.

Duenas’ archery teammates Eric Peters, who he faced in the semifinals, finished with a bronze after winning with a perfect set while the mixed recurve team placed fourth.

Mathieu Bilodeau did not finish the men’s 50k race walk, the last athletics event. The 15 athletics medals won at Lima 2019 is the most a Canadian delegation has won away from home since San Juan 1979 (18).

Jaden Chipman was the first Canadian ever to compete in BMX freestyle at a Pan American Games as the discipline made its debut and has been added to the Tokyo 2020 program. Chipman placed seventh in Lima.

In golf, Canada won its first-ever Pan Am medal in the sport, a bronze, thanks to the combined effort of Mary Parsons, Brigitte Thibault, Austin Connelly and Joey Savoie in the mixed team event. Golf made its Pan American debut at TORONTO 2015.

The next iteration of Pan American Games will be held in Santiago, Chile in 2023.

Visit the following links for more information regarding Team Canada at Lima 2019:

1. Results by day
2. Medallists by day
3. Flash quotes by day