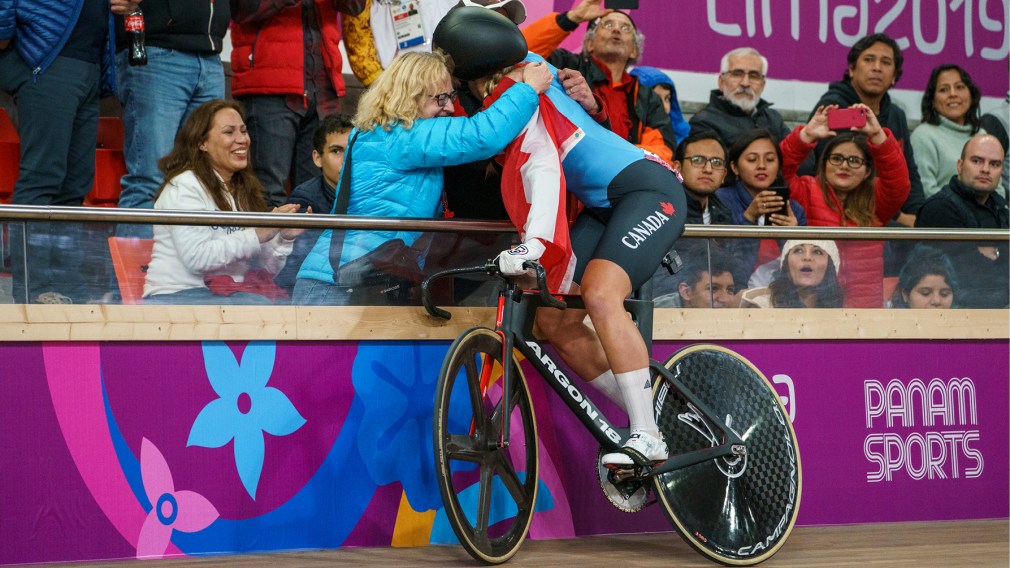 DAY 9 QUOTES OF THE DAY:

“I think these Games were to get my confidence back up after Gwangju, after what happened over there, I’m going to say it was terrible. So coming back here and be able to get a silver with Frankie and a bronze individual. I’m very, very happy.”

“I can’t even explain it. It’s amazing, an incredible feeling that’s for sure. I’m pretty new, before this properly sixth place in the World Cup, before that it was winning the nationals, so I mean, I’m just slowly getting up to the top and soaking it all in.”

“Before coming to this event I had no idea how inspired I would be by the multi-sport Games environment. This is the first time I’ve medalled at a major event and I’ve never been so proud to be Canadian as I have throughout this Pan Am games experience. It feels amazing to win this medal for Canada, and I hope to win another this afternoon. It will be something nice to think about while I’m training at odd hours, in freezing temperatures on the flat water beside my university.”

Lois BETTERIDGE (Silver Medallist – Canoe/Kayak – Women’s C1 Slalom) on women’s C1 being included in the Olympic program ahead of Tokyo 2020:

“Having the Olympics be a real dream that you can taste is huge because I started canoeing and I was right on the edge where it was the other Canadian girls really pushing to have canoe included. I grew up watching them race at worlds, but never have that opportunity to one day go to the Olympics, so for me, I’m super grateful that they were such pioneers in women’s canoe and now I have the opportunity to try to race to get to go to the Olympics.”

“At the moment, I’m definitely a bit bothered by it. When I go home and look at the big picture though, I’ll be pretty happy. When you go out there with a plan and it doesn’t work out, it’s definitely tough. But I’m excited to go home and start working on my shortboarding.”

On Mathea earning Canada’s first ever surfing medal at a multi-sport Games:

“To tell you the truth, Mathea isn’t even a longboarder so with her getting to the bronze battle, just shows how much of an athlete she is and a competitor that even in a discipline she doesn’t normally do, surfs a longboard a couple of times a year. She put up some great numbers. She’s going to look back at this experience and look at it with such a positive light, particularly when she’s going to be up on the podium. Once that bronze medal is hanging around her neck and she sees the Canadian flag behind her and she goes back home, it’s a bronze medal forever and a first time ever in the Games’ surfing history. Her name is on there forever so it’s just giving me chills just talking about that.”

“I feel amazing. I was really disappointed after my performances in the all-around competition, so today, I was trying to forgive and forget, and that’s what I did, and I managed to rock out two solid routines and I was rewarded for that. Tomorrow I’m hoping for two clean routines, and the rest will fall in to place on its own. I just want performances I can be happy with.”
RESOURCES:

Q. At the 2015 Pan American Games every members of the track cycling team won at least one medal. How many members were there?