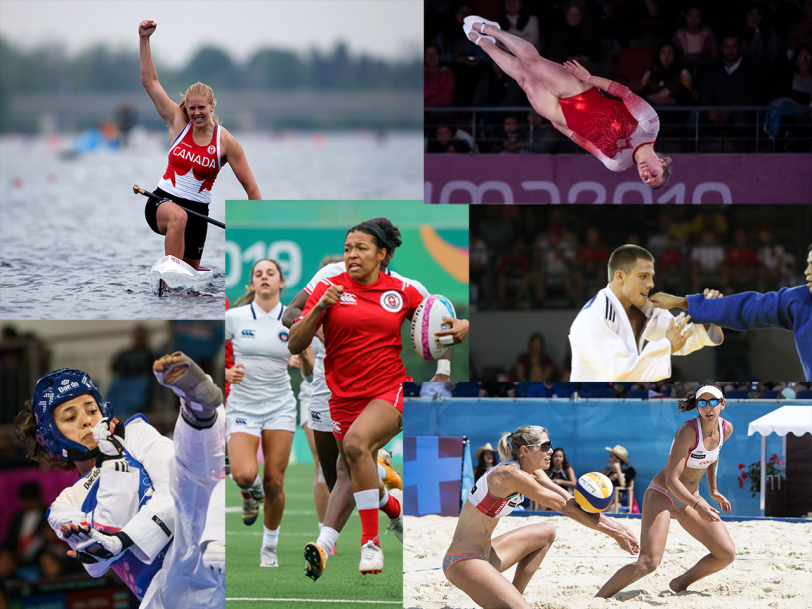 TORONTO (April 30, 2021) – Inspired by the athletes of Team Canada, The Murphy Family Foundation announced on Friday that it will donate $1 million to the Canadian Olympic Foundation to provide financial support to Canada’s top athletes and Olympic hopefuls.

Through the Murphy Family Awards, the Foundation will provide $10,000 each to ten eligible summer and winter athletes per year. The Murphys are the first family to step forward to create national awards. The Foundation believes that the Murphy Family’s leadership will motivate other Canadian families and businesses to support the next generation of athletes, the promise of Olympic dreams, and the power of sport.

The Murphys were motivated to make this gift after gaining a deeper appreciation of the significant financial need of Olympic hopefuls.

“We have sat with many athletes and heard firsthand of their sacrifices and struggles to make ends meet. We were motivated to step up and help out,” said Glenn Murphy. “We would encourage every Canadian, who has ever spent two weeks every two years full of pride watching Canada’s athletes compete at the Olympic Games, to also offer whatever financial support they can.”

As leaders in Canadian philanthropy and business and as supporters of Team Canada, the Murphy Family knows what it means to be proudly Canadian and understands the joy that comes from helping others succeed.

“Every day, athletes across our country prove that determination and teamwork can result in great accomplishments,” said Stacey Murphy. “Our homegrown athletes also demonstrate our uniquely Canadian traits to the world as they pursue their Olympic aspirations. The connection we feel with these athletes is profound.”

The Canadian Olympic Foundation is proud to announce the inaugural Murphy Family Award to the following recipients:

“With the need for support at an all-time high this year, I am so thankful for the Murphy Family and the Canadian Olympic Foundation for their generosity; I hope to pay it forward,” said Lima 2019 Pan American Games champion Samantha Smith. “As a team, we improve every day. When one of us succeeds, we all do, and we know that is what will lead to our success.”

This award, and other new initiatives such as the Olympians Supporting Olympians bursaries announced earlier this month, signal a new direction for the Foundation under the leadership of Canadian Olympic Foundation Board Chair Perry Dellelce and, Chief Executive Officer, Cindy Yelle.

“Stacey and Glenn have listened intently to the personal stories and sacrifices of our Olympians and acted quickly and effectively to both address their challenges and to further support all that Canada represents through the Olympic Movement,” said Dellelce. “This significant, yet highly personal, investment has an impact beyond its dollar amounts. The Murphy Family Awards are both creative and impactful; the Canadian Olympic Foundation is forever grateful to the Murphys for this wonderful gift.”

“Generous donors enable the Canadian Olympic Foundation to make tangible investments in people, infrastructure, and science,” said Cindy Yelle. “It also allows us to invest in those special moments that Team Canada athletes provide to Canadians during every Games. Donations like this are an integral part of Team Canada’s success, and behind every podium, every personal best, and lifting Team Canada to new heights stand donors like the Murphy Family.

The four remaining awards for 2021 will be announced this spring and will be dedicated to winter sport athletes.

For more information about the Canadian Olympic Foundation and how you can support Team Canada, please visit olympicfoundation.ca.