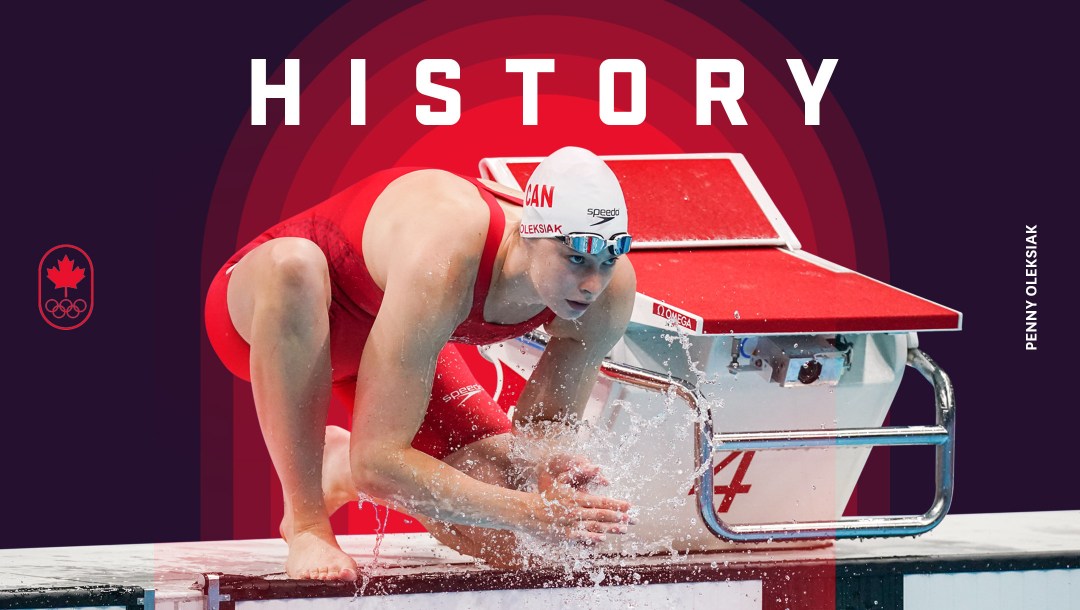 “Five years ago, Penny Oleksiak captured the hearts of the nation with her record-setting Olympic debut at Rio 2016 and it has been thrilling to watch her shine once again at Tokyo 2020. To now see her become Canada’s most decorated Olympian at age 21 is nothing short of extraordinary. Penny’s immense talent is matched only by her poise and dedication as she continues to be an inspiration to us all. Absolutely incredible, Penny! We are all very proud!”

“Seven medals says a lot about the depth of Penny as much as it does about her talent. Winning one medal is hard, and multiple at one Games is all about the ability to reset and focus. Winning multiple medals at multiple Games – that is a battle against so much more. The notion of repeating and the burden of expectations, internally and externally, can be so disruptive. Penny figured out how to thrive all while being an amazing role model to young Canadians.”