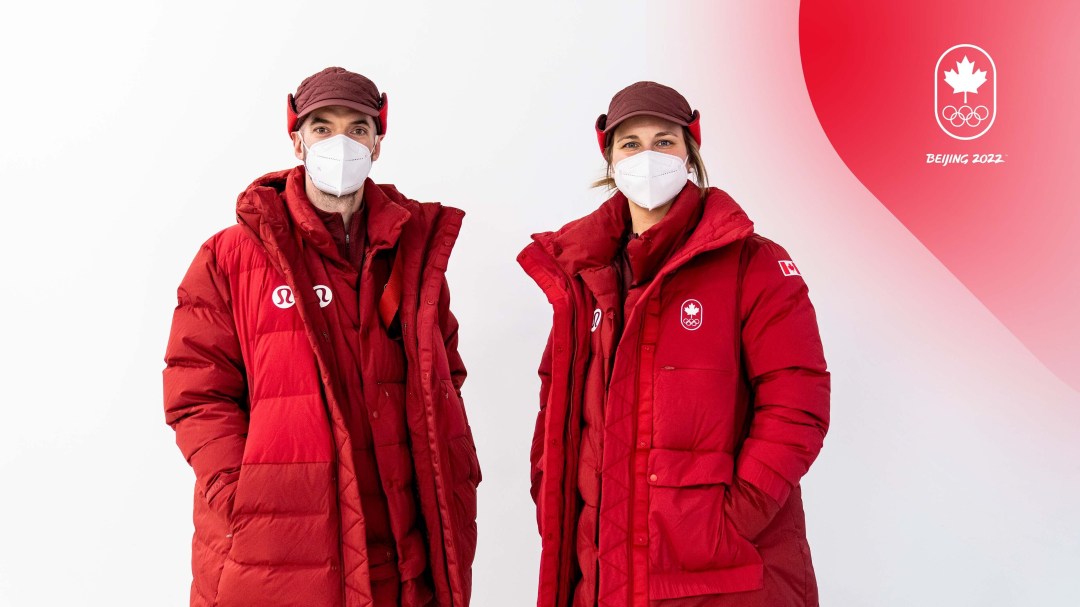 Team Canada’s Beijing 2022 Chef de Mission, two time Olympic champion Catriona Le May Doan, surprised the duo with the news via video conference prior to departing for Beijing. Le May Doan has had the honour of carrying the Canadian flag at the Olympic Games twice – the Nagano 1998 Closing Ceremony and the Salt Lake City 2002 Opening Ceremony.

Poulin is headed to Beijing with three Olympic medals under her belt – back-to-back golds from Vancouver 2010 and Sochi 2014 along with a silver from PyeongChang 2018.

During her Olympic debut in Vancouver, the now-30-year-old led the women’s hockey team to gold as the lone goal scorer in a 2-0 shutout victory against Team USA. At Sochi 2014, Poulin scored in the last 55 seconds of the third period to send the game to overtime and then added the winner to secure Canada’s fourth consecutive Olympic women’s hockey gold. At PyeongChang 2018, she was the team captain and finished amongst the team’s top scorers with six points.

Hamelin is set to become the first Canadian short track speed skater to compete in five Olympic Games, tying the all-time participations record in his sport.

In his Olympic debut at Turin 2006, the now-37-year-old from Sainte-Julie, Que., captured silver in the 5000m relay. He was crowned champion in both the 500m and 5000m relay on home ice at Vancouver 2010, followed by gold in the 1500m at Sochi 2014 and most recently a bronze in the 5000m relay at PyeongChang2018. His five Olympic medals put him just one shy of Canada’s all-time Winter Olympic record held by Cindy Klassen.

“Carrying the Canadian flag is such a privilege and an honour. I still remember being asked to be Team Canada’s flag bearer at two Olympic Games so it is truly special to be able to share this moment with Charles and Marie-Philip. They were chosen not just for their outstanding achievements, but for their leadership on and off the ice and how they have carried themselves with the successes and struggles of the past two years. They are incredible athletes and leaders who have and continue to represent the nation so well – a perfect choice to represent this resilient delegation.”

“Marie-Philip and Charles have already done so much for Canada as Olympic champions and will certainly look to add to their historic achievements in Beijing. Having watched them grow up through the sport system, I am so proud to see what they’ve become as athletes and as leaders in the sport. There is no doubt in my mind that they are deserving of this high honour. They are fitting representatives of Canadian athletes who have faced some of the most challenging circumstances. It will be a special moment when they proudly lead the Canadian delegation into the Opening Ceremony on Friday.”

“Every time you wear that maple leaf, it is so much bigger than yourself. You just become part of a bigger family. Being named flag bearer, I feel like I need to pinch myself. I’ve been able to watch Charles over the last couple of decades and watching him succeed, I will be very honoured to be walking besides Charles carrying the flag. When you watch the Opening Ceremony you see the smile and the pride in the people holding the flag. It’s hard to put into words but to now be the one with the smile on my face, it is truly an honour.”

“Since the first time I wore the maple leaf, I felt that feeling of family right away. Going into my fifth Olympic Games, it is really incredible. For me, that family is one of the biggest reasons why I’m still here and why I love what I do. Every time I would walk into an Opening Ceremony, I would look at the flag bearer as a role model. To be named flag bearer is something I can now check off my to do list. Marie-Philip is an incredible athlete but more than that, she’s an incredible human. I see her as a leader and an inspiration. I’ll be one lucky man carrying the maple leaf alongside her at the Opening Ceremony.”