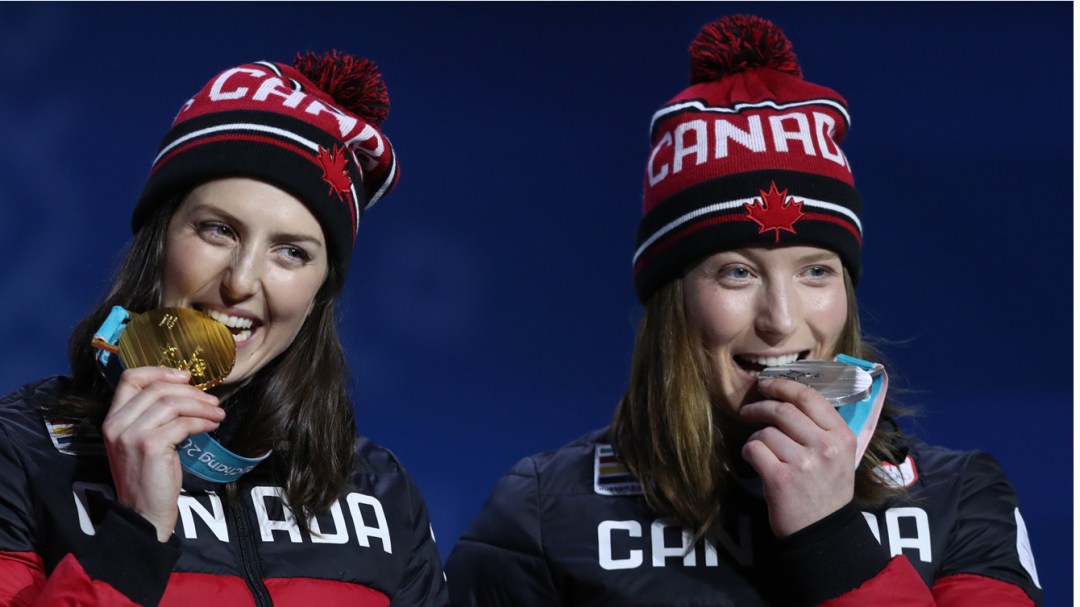 On if Canada need to change their selection strategy:

“History shows you it’s worked. Maybe people are thinking otherwise after this event but we were ready. We were playing well no matter when we’d been chosen, we felt great coming in here, we’d had great preparation, everyone got us in tip-top shape and we got to where we needed to be. But unfortunately for us, we didn’t play our best games in the playoffs.”

On what he will take away from the Games:

“I don’t know. It’ll take some time to get over the sting of losing and not winning a medal. But proud of the guys, we battled, we knew we didn’t have our greatest A-game the whole time but I’m sure at some point we’ll look back on it. I wouldn’t trade the experience for the world.”

“Just sad for the guys. We’ve been on such a great journey for four years and for it to end like that is disappointing. We’ve done a really good job of putting ourselves into the final weekends of almost every big event we play, and this was one where we just didn’t perform well enough. All credit to Switzerland, it’s not like we beat ourselves. They played great. Benoit (SCHWARZ, SUI) didn’t miss much. We did our best to claw back and it wasn’t quite enough. (It is) kind of the story of the last few days. I sound like I’m repeating myself over and over. But you dig yourself a hole against these great teams and it’s really hard to come back.”

On the increasing globalisation of curling: “As a fan, it’s wonderful, I love seeing the sport grow. As a Canadian that wants to win everything, it sucks. But I’m a fan of the sport so if other countries are getting to finals and winning, then it’s awesome because I love curling more than anything.”

On the programme and her emotions going into the free skate:

On her fight to make it to the podium:

“Not long after the last Olympics, I didn’t even know that I would be competing at this one. It means so much and to know that I fought so hard in the last four years. My main goal was to place higher than 13th, which I did, and I improved that by 10 placements. I am so excited. It means so much to me, I was so confident and so ready to go into this event. I felt strong and in the best shape I have ever been in my entire life. To be able to put out two clean programmes on Olympic ice – it means so much to me.”

On the difference in her skating in the past four years:

“In the last four years I’ve definitely improved a lot on maturity. My presence on the ice, I don’t feel as young, and bring a different side to my skating and I feel so much in control and that is something I lacked at 18. I feel a lot stronger overall.”

“It is very cool. It is very surreal to be the best in the world at something you put your heart into. I have an amazing support team around me who, from my head to my body, made sure everything was good. Our skis were rockets today. I had a plan and executed it, and was so fired up. And to be there with my teammate and best friend Britt (Brittany PHELAN, CAN) too.”

On Canada winning the gold and silver medals:

“It was cool. We went 1-2 in Sochi (CAN, Marielle THOMPSON followed by SERWA), and to do it again is unbelievable. Not only that, to go one (win gold) on the men’s side too, with our teammate Brady (LEMAN, CAN), is really surreal. I think it speaks volumes about how strong our programme is.”

On winning gold after taking silver at the Sochi 2014 Olympic Winter Games:

“It’s been a long four years for me in between. Definitely a lot of ups and downs, (I) had to take some time off, went back to school, had another surgery. “It’s been a tedious process a bit, but everyone believed in me the whole way. I put everything into this and I couldn’t do any better.”

“It’s absolutely amazing. It couldn’t have worked out any better: to finish second behind my best friend, it’s like a dream come true. This is what I’ve been working for my whole life, since I was six years old I wanted an Olympic medal. For it to happen, it’s unreal. It hasn’t really sunk in yet.”

On Canadians taking gold and silver:

“We had a lightning fast qualification run and we just really like the course here. And then our teammate Brady (LEMAN) with the gold (in men’s ski cross on Wednesday), it was like such a high. I’ve slept like a total of five hours since he won. I was just so excited about it. It’s amazing, an amazing day.”

On switching to ski cross from Alpine skiing:

“I knew I always wanted to switch to ski cross once my other teammate, who unfortunately is injured right now, Georgia SIMMERLING, switched in 2010. It was a big leap of faith and so happy it all worked out and everything. It’s been so fun and this whole season has been amazing. Just travelling the world with my best friend. Getting to race at the Olympics and be on the podium together, it’s absolutely amazing.”