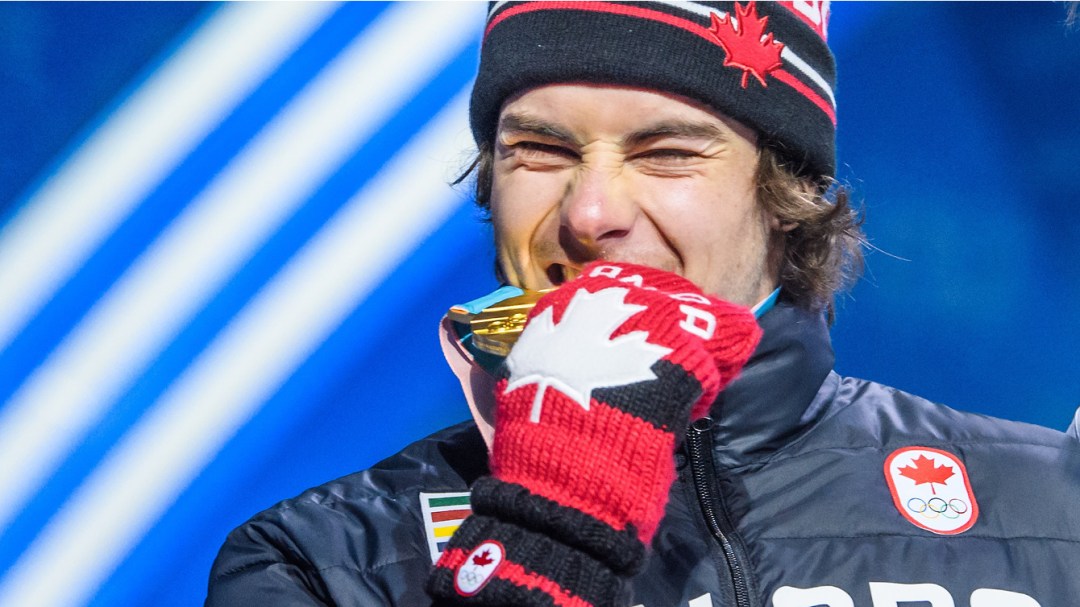 On Canada’s turnaround in form for the bronze medal match after losing the semifinal:

“There was a lot of regret after last night and we woke up feeling pretty crappy and we did not want to feel like that again. It was a big response by the guys and I am proud of everyone stepping up. I am super proud. I am honoured to have won a medal at the Olympics. I know it is not what Canadians were hoping for and it was not what we were hoping for but I will remember this the rest of my life. I never thought I would be an Olympian let alone have a medal.”

On winning gold, having finished last in the snowboard slopestyle final:

“I just love snowboarding so much and I’ve been through so much lately. To be here, come so close and do well in slopestyle and to actually take the win today in big air, at the first ever big air at the Olympics, it’s awesome.”

On what he has been through:

“I had a back problem for a couple of months. A couple of months ago I couldn’t even snowboard so it definitely feels great that I’m able to ride at my best and to put the tricks down. “To be able to show up and to show the world what I can do is just awesome.”

“So happy, it’s insane. Today I knew I had the tricks and I knew I could’ve done well, I’m just so happy it’s gone my way. The format is three jumps, best two count. I put down my first two runs, I mean, that’s the best scenario you can ask for. “I am really happy it went my way and that I can share the podium with some good homies (silver medallist Kyle MACK, USA and bronze medallist Billy MORGAN, GBR).”

On coming back from finishing last in the slopestyle final:

“I’ve always been saying, ‘If you’re not first, you’re last’. I’m always trying my best to get on the podium. I had those two tricks in mind I wanted to do for big air. Landing those, I’m really happy. Didn’t matter which position I was going to get but to end up with gold is awesome.”