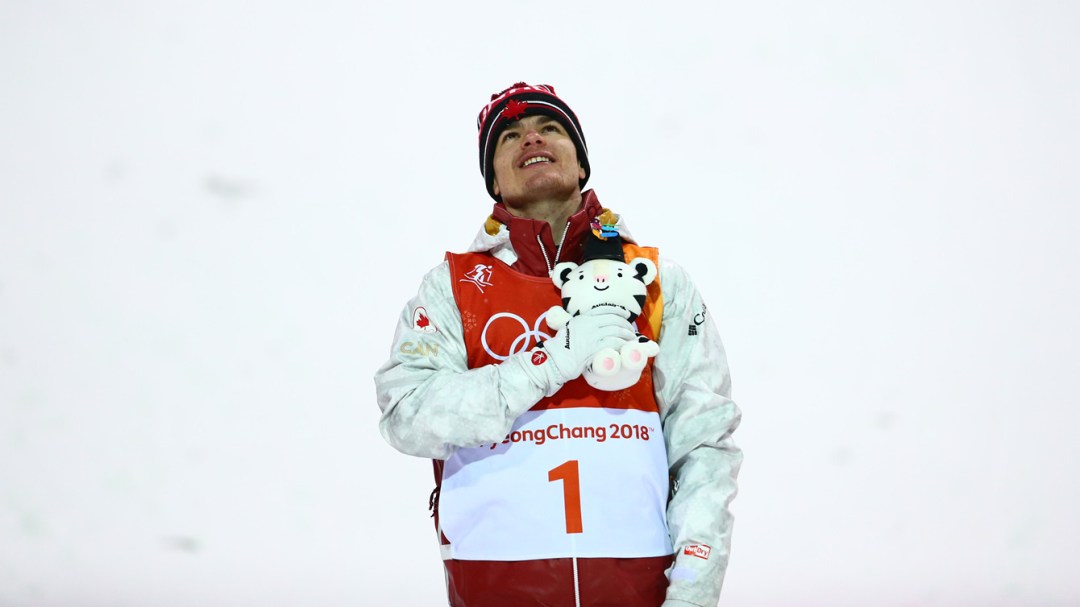 PYEONGCHANG (February 12, 2018) – Here is what you need to know about Team Canada at the end of Day 3 at the Olympic Winter Games PyeongChang 2018:

On winning gold at the PyeongChang 2018 Olympic Winter Games after winning silver at Sochi 2014:

“I’ve dreamed about this since I was eight years old. I just realized my dream today and it’s the best day of my life. I’ve won so many World Cups in my career but, you know, winning that one… it’s one night every four years and I’ve been able to win it. For the rest of my life I will be Olympic champion.”

On his gold-medal performance:

“The judges were rewarding some really clean skiing and I feel like I was clean all day and I can’t believe it worked out.”

On the highlight of her day:

“Just landing my run. It was really challenging conditions and we had to deal with the wind so sometimes we were going too big, or too short, so, yeah, that was challenging.”

“They’re crying right now. I just called my mum and she was crying, my friend was crying. They’re pretty stoked for me.”

“There is something so incredibly special skating by those team boxes and seeing the sea of red and white and feeling the support from our teammates. The energy was just incredible.”

“It’s a unique pressure. You are out there performing and you don’t want to let your teammates down. That also comes from traditional support. We embraced that today, we felt that to the very end and we are very grateful for that.”

“We believed in ourselves. We are really proud about the energy we brought and it helped in winning the gold medal. I think we had a sour taste in our mouth since Sochi (2014 Olympic Winter Games, where Canada took silver). We wanted this medal for four years. It feels great.

“We are really proud of each other and it is great to be part of this team. I think for being a member of Canadian skating, it’s a long history of greats who came before us, who didn’t have team events. We kind of stand on the shoulders of those champions.”

On the PyeongChang 2018 Olympic Winter Games so far:

“Amazing. We all did a great performance and contributed and we did our part for the team. Everyone stepped up their game and we took this gold medal very seriously as a team.”

“The team is not just us, it’s that entire Canadian skating team in that box with us, every single day. They are just a big part of this team as we are. Unfortunately, not everybody gets to skate but they are just as important and they are there to support us.”

On what helped them to win gold:

“Honestly it was the team. Not just the team that was in the box today, but the teams up in the stands, back at Canada House, where we are staying in the athletes’ village. We are not only representing a great team but a great country.”

On winning the team event gold late in their careers:

“It’s very special. I have grown up, since I was 15, with Tessa and Scott, Eric and Meagan. It’s to see them being part of this, people that have shaped me for who I am, and kind of made me who I am. I grew up through skating, it’s extremely special.”