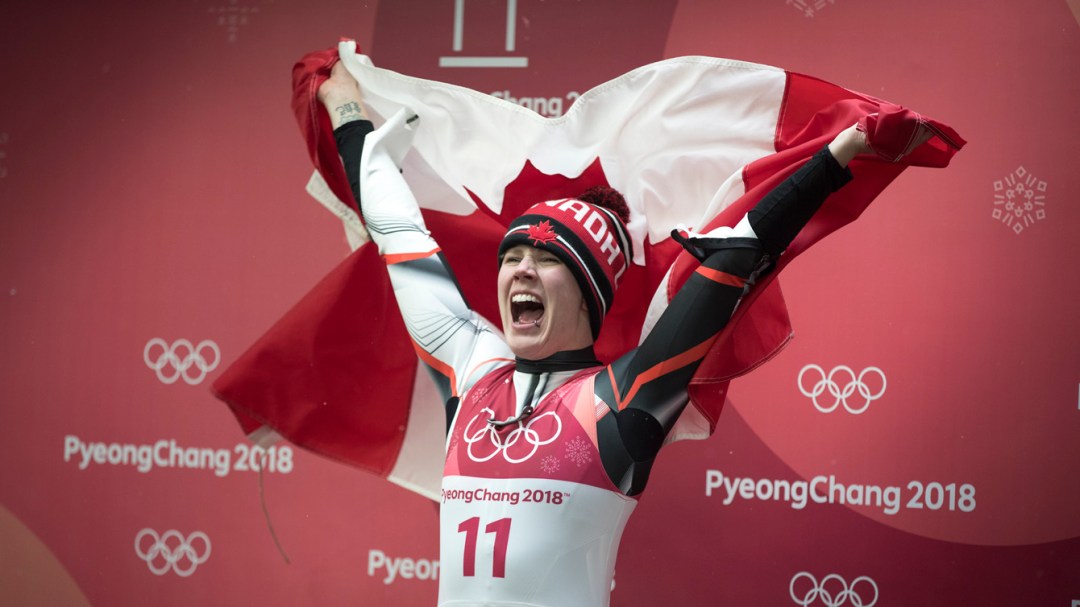 PYEONGCHANG (February 13, 2018) – Here is what you need to know about Team Canada at the end of Day 4 at the Olympic Winter Games PyeongChang 2018:

On the bronze medal:

“I came down behind Dajana (EITBERGER), and was like, ‘Uh, here we go, another fourth’. Then for it to turn around for me and to come out with the bronze medal was huge. It’s what I came here to do. I didn’t give up. I put together what I thought was a good run. It was enough in the end. I was over the moon. I felt like the runs were really solid.”

On the past four years:

“It’s a culmination of all that hard work. It’s everything paying off. It’s four years of keeping going and committing to another Games and getting a reward at the end of it.”

“A lot of work has gone behind this and I’m really proud to win this medal. It’s a lot of emotion right now. I just have this little thing (soft toy, not a medal). Right now I’m happy.”

“It’s surreal, to be honest. I don’t think even the first one has sunk in and I don’t think it ever will. But it’s just a dream come true to represent our country on the world’s biggest stage, and to be able to bring this home for Canada is so special.”

On how she approached the final game:

“I went out there and I wanted to embrace every moment and I want to have fun and enjoy sliding over those Olympic rings. “And no matter what is going to happen out there, we are so proud of what we were able to accomplish. I really wanted to enjoy every second of it.”

“You know what, it feels unbelievable – two golds for Canada. This is for everybody back home, who have always been supportive, and it just feels so great. We got off to a great start. It just feels awesome to be part of this team.”

On the future of mixed doubles:

“I think this game of mixed doubles is just fantastic. It’s something that everyone back in Canada should try. It’s fast-paced, athletic, a lot of fun and the beer still tastes just as good after the game.

“I think that it’s here to stay and I can’t wait to see how well it does in Canada.”