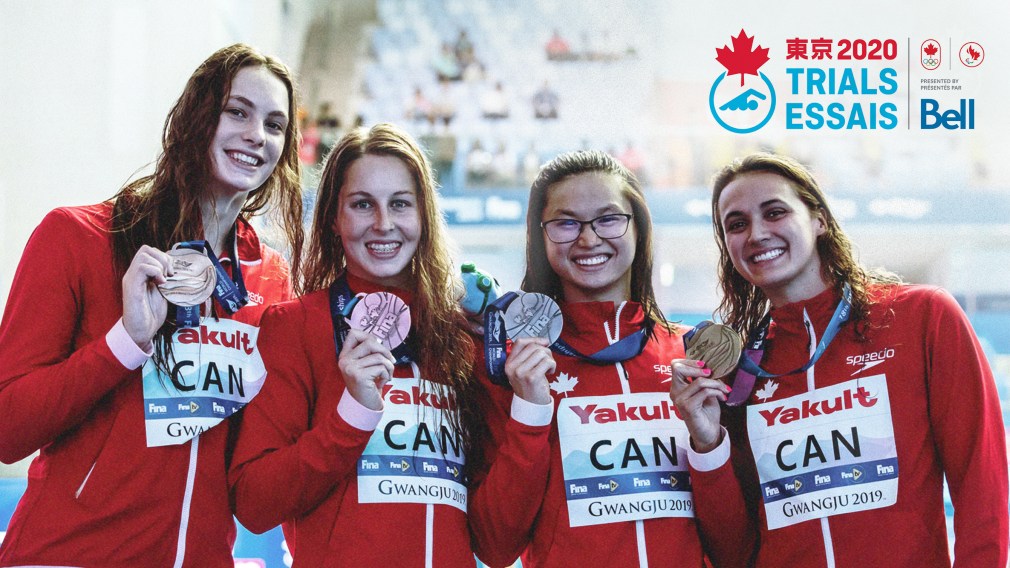 Olympic and Paralympic Trials presented by Bell postponed to late May

As the world continues to grapple with the COVID-19 pandemic, Swimming Canada has invoked the unexpected circumstances clause of its Olympic team nomination criteria, and is postponing the Olympic and Paralympic Swimming Trials until late May. Swimming Canada will also plan a supplementary Olympic qualifying opportunity in June.

The clause allows the Swimming Canada Selection Committee to determine if unexpected or unusual circumstances have arisen during the process of applying these Criteria and have the full and absolute discretion to resolve the matter as it sees fit, taking into account factors and circumstances that it deems relevant. Any such exercise of discretion shall be subject to the Canadian administrative law principles of fairness.

The following swimmers have been provisionally nominated by Swimming Canada’s Selection Committee for the rescheduled Tokyo 2020 Olympic Games, for the following specific individual events:

“It’s definitely a different way to be named to the Olympic team, but it’s still exciting,” Masse said. “It’s been a challenging year so it’s nice to have a little bit of certainty in a time of so much uncertainty. I’m grateful that Swimming Canada and the COC have provisionally nominated me. I can’t wait to continue to work towards Tokyo to represent Canada.”

These athletes were medallists or Canada’s top placing individual finalists in these events at the 2019 FINA World Championships, where Team Canada swam to eight podium finishes, including two gold and six bronze, a best-ever performance for the country.

“Things have been shifting constantly throughout the COVID-19 pandemic, and we realize how tough it has been for our athletes,” said Swimming Canada’s High Performance Director and National Coach, John Atkinson. “Provisionally nominating these six athletes allows them, as our top-ranked known performers who have had international success at the world level, to have some certainty as we approach being ready to swim at the Games in the summer of 2021. We are delighted to announce the six athletes provisionally nominated today. These athletes have proved themselves and we congratulate them on this significant step toward the Tokyo Games.”

These athletes would be expected to compete at the Olympic and Paralympic Swimming Trials, presented by Bell, which are being rescheduled for May 24-28 at the Toronto Pan Am Sports Centre. With the provisional nominations being limited to a maximum of one per event, no event is closed for nomination, and at least one spot per event remains available to be contested at the Trials.

Swimming Canada announced in December that the invitation-only Trials would take place April 7-11, but a review of the public health situation and how it relates to the ability to provide a safe environment for all participants determined it would be unsafe to proceed with these dates.

“Ever since Team Canada’s historic performances in the pool at Rio 2016, Canadian swimmers have continued to impress, including the six athletes provisionally nominated today. I look forward to seeing them build on that momentum at Tokyo 2020.” said COC CEO and Secretary General, David Shoemaker.  “We thank Swimming Canada and the swimming community for their resilience, flexibility, and commitment to health and safety on the road to Tokyo.”

“The pandemic continues to dictate some of our decisions, and limit what we can and can’t do. While we want to keep as many options open as possible, we have to adapt to the constraints that are thrust upon us by the pandemic,” said Swimming Canada CEO Ahmed El-Awadi. “What is being presented today allows us to have more options in an uncertain situation. It gives us greater ability to nominate the best teams to represent Canada, and it gives the athletes greater ability to train and compete to make Team Canada.”

The rescheduled Trials would follow the same invitation-only format, with a maximum of 20 athletes per Olympic event and 15 athletes per Paralympic event, contested as timed finals. The acceptance process for the Olympic program athletes invited to the trials will now recommence and athletes contacted to reconfirm decisions. The new May dates also allow Canada’s men’s 4×100-m and 4×200-m freestyle relays to race and post times to be considered for Olympic qualification before the FINA/IOC deadline of May 31.

“Since the announcement in December, our athletes, coaches, clubs, universities and training programs have been facing many challenging circumstances. The mandates and orders in place in our provinces are affecting many of the invited athletes’ ability to train and compete, both key factors in their ongoing preparations for Trials and also toward the Tokyo Olympic and Paralympic Games,” Atkinson said.

“COVID-19 has challenged every member of the community, but it has also taught us to be nimble and able to adapt,” Lomas said. “From the outset, we have designed a process that recognizes swimmers’ performances at international events and also at the Trials event.”

An additional invitational qualifying meet will also be planned as an opportunity for potential Olympic athletes June 21 to 23 at TPASC.

“The primary purpose of our selection criteria is to select the athletes who have the best chance of winning a medal for Canada at the Olympic and Paralympic Games,” Atkinson said. “As we are now nearly a year into the unexpected circumstances created by the global COVID-19 pandemic, we believe this plan gives us the best chance to select the best teams to represent Canada, in the fairest possible way considering the circumstances.”

The unexpected circumstances clause will also be used to decide Canada’s final two representatives at the Olympic Marathon Swim Qualifier scheduled for May 29-30 in Fukuoka, Japan. More details will follow as they are available from FINA.

In the event the Trials are unable to proceed, Swimming Canada reserves the right to further apply the unexpected circumstances clause to team selection.

“The board of Swimming Canada has challenged management to be adaptable, and that has never been more important than during this global pandemic,” said Swimming Canada President Cheryl Gibson. “Our organization, and the wider swimming community, must be prepared to adapt rapidly to the evolving environment. We are focused on providing our athletes with the best training and competition opportunities available in the circumstances in order to enable our teams to achieve their incredible potential.”

Prior to being named to Team Canada, all nominations are subject to approval by the COC’s Team Selection Committee following its receipt of nominations by all National Sport Organizations.