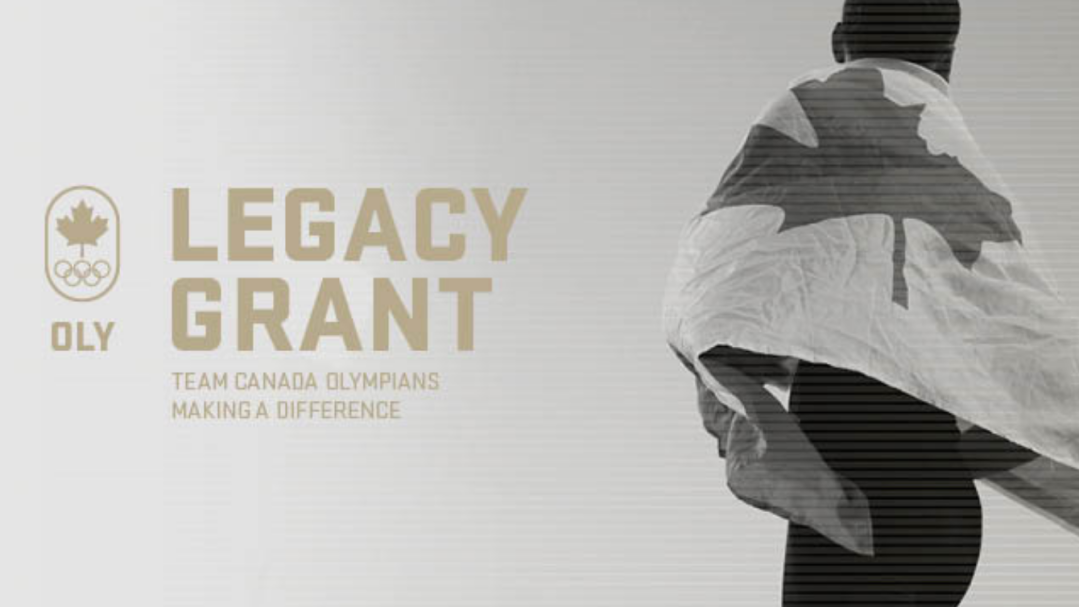 “Team Canada Olympians are the very fabric of the Olympic Movement and the values it represents. These extraordinary Olympians have been using their unique position and legacy to create positive changes in their community,” said COC Chief Executive Officer and Secretary General David Shoemaker. “We are so pleased to be able to support their impactful initiatives through the OLY Canada Legacy Grant.”

Each recipient will receive a $5,000 grant for their respective initiatives. The legacy grant pilot project is a part of the OLY Canada program, launched in 2017, that gives Olympians post-nominal letters (OLY) in recognition of their years of hard work, dedication and promotion of the Olympic values.

The OLY Canada Legacy Grant recipients will be honoured at the Canadian Olympic Hall of Fame presented by RBC Class of 2019 induction ceremony on Wednesday, October 23 at the Glenn Gould Studio in Toronto.

Information on the 2019 Canadian Olympic Hall of Fame induction ceremony can be found on the COHOF official website.

Nick Tritton (Judo – Beijing 2008 / London 2012) has persistently been focusing his efforts for the past eight years on numerous socioeconomic and health-related challenges faced by aboriginal youth through his project Judo for the World. The project is geared towards high risk aboriginal youth from Kahnawà:ke, focusing around the sport of judo and how its basic values and principles translate into a way of life. This project continues to provide services related to three main elements; physical development, mental improvement and spiritual guidance/cultural knowledge acquisition and understanding.

Zach Bell (Track Cycling – Beijing 2008 / London 2012) co-created Yukon Northern Lytes, a rural sport development program that connects Olympic expertise to rural athletes and volunteers to Olympic knowledge that may otherwise be unavailable. Northern Lytes offers a skills upgrade and a new invaluable member in one’s network to help connect their programs to some of the most influential people in their sport. This engages Olympians with local groups in Canada’s territories in an effort to create a closer connection between the Olympic family and northern culture and committees.

Caroline Ouellette (Ice Hockey – Salt Lake City 2002 / Turin 2006 / Vancouver 2010 / Sochi 2014)  is a four-time Olympic champion who created the non-profit organization, Celebration of Women’s Ice Hockey, in 2014 with a mandate focused on the promotion and the development of women’s hockey. Every year, they offer an opportunity for over 850 girls aged 3 through 12 to participate in a tournament with fun and competitive games. The mission for Women’s Hockey Celebration events is to raise the appreciation for the sport and contribute to the personal development of young female Canadian athletes.

Carolyn Trono (Rowing – Los Angeles 1984) is providing newcomer youth and their families with quality multi-sport programming using Long Term Athlete Development and True Sport Principles through the Winnipeg’s Newcomer Sport Initiative. The initiative is a way to assist and support newcomers as they adapt and integrate into Winnipeg and their new environment. Through sport, families are introduced to Canadian culture using activities to improve health, fitness and overall well-being.

Eric Mitchell (Ski Jump – Vancouver 2010) is a founding ambassador for the COC’s One Team initiative, a Young Change-Maker for Team Canada at the Youth Olympic Games (YOG) and IOC Culture and Olympic Heritage Commission Member. He continues to make an impact through his Youth Olympic Games Outreach project, Pass the Torch. Eric has been using the existing Athlete Education Program to explain the concept of the YOG, demonstrating how everyone can live by the values of Olympism and helping develop specific skills related to athlete development. The hope is to reach a larger audience and also offer the opportunity for young athletes to get more involved.

“Receiving the OLY grant gives the Northern Lytes program the latitude to try some new things to help expand our program.  By funding extra activities, we can gain momentum and engage young athletes in Yukon communities in a different way while at the same time building momentum for our existing program. We hope this will mean we can connect even more Olympians to the unique opportunity of working together in small northern communities.”

“Receiving the OLY grant helps motivate me to want to continue the hard work to ensure we create a positive experience for young female athletes and bring more new girls to hockey and help nurture a passion for the sport in those who already play. It’s a privilege to have been chosen amongst my peers, who also are actively involved in their community. It will help us with operation costs like ice rental, officials and timekeepers. It has allowed us to increase each team’s ice sessions this year and will continue to offer our Try Hockey session at no cost. Our main objective is to connect the future stars of our game with female role models that represents our Olympians!”

“Receiving the grant is a sign that the work we are doing is valued by the sport community. It is very hard to get financial support especially with the flexibility to put funds where they are needed. We are new, only 3 years old. We are beginning to build connections, bridges and trust within various ethno-cultural communities. This work highlights there are gaps in access and awareness between our mainstream sport system and those who are not present in that system. Sport can create a space and place for social inclusion and sense of belonging. The smiles and confidence we see on the faces of the children and their families is worth so much!”

“Pass the Torch is a project which I founded in 2017 with seed funding from the IOC Young Leader Program, receiving the OLY Grant provided a huge boost in national support for a project which has grown from one province to four. The institutional backing of the COC has provided credibility, tactical support and motivation for both myself and my team to learn and grow as social entrepreneurs. My experience has been that Pass the Torch has reached into sports clubs, classrooms and communities to inspire participants to embrace the Olympic Values while developing the next generation of athlete leaders in the process. I personally am incredibly grateful for the investment the COC has made in me and my legacy almost a decade after I competed at the Olympic Games.”