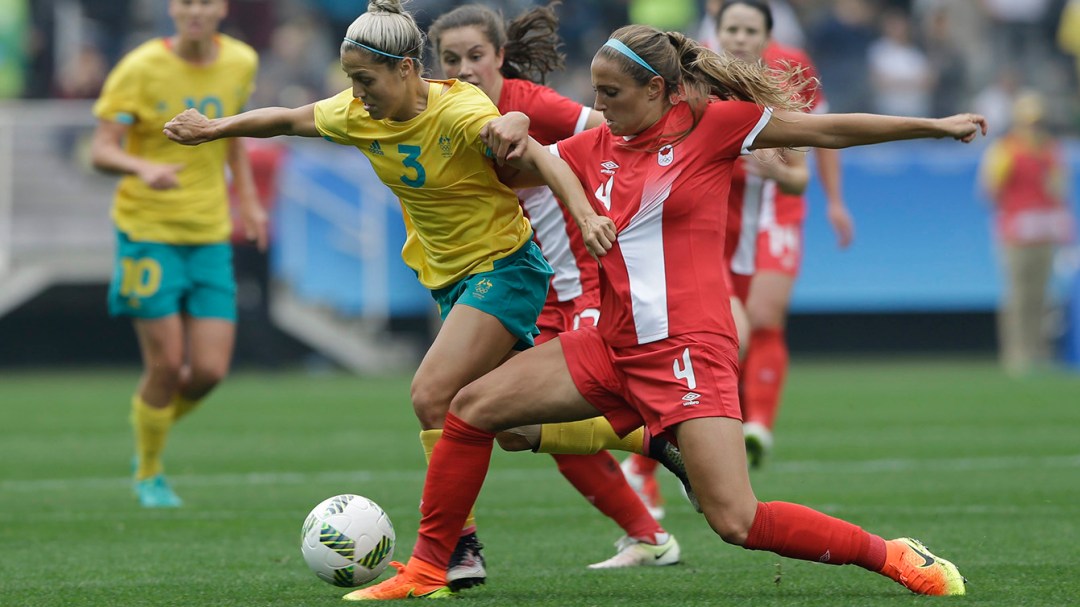 Shelina Zadorsky started with the Canadian program in 2007 and won a bronze medal at the CONCACAF U-17 Championship in 2008 where she scored two goals. With the U-20 team, she won a CONCACAF Championship silver medal in 2012 and was captain of the FIFA U-20 World Cup team.

Zadorsky made her senior debut in 2013 against South Korea at a tournament in China. She tied as Canada’s leading scorer at the 2015 Pan Am Games with two goals. Zadorsky was part of Canada’s second place finish at the 2016 CONCACAF Olympic Qualifier, helping the team earn a spot in Rio. She was also a member of the squad that won the 2016 Algarve Cup.

In her Olympic debut at Rio 2016, Zadorsky played all 90 minutes in each of Canada’s last four games, including the bronze medal match.

In 2018, Zadorsky played full time in four of Canada’s matches at the CONCACAF Championship as the team finished second to qualify for the 2019 FIFA Women’s World Cup. She achieved a career highlight by playing every minute of her first World Cup appearance at France 2019.

In early 2020, Zadorsky was always on the pitch during Canada’s run to the silver medal at the CONCACAF Olympic Qualifying Tournament as they secured the spot for Tokyo 2020. In her second Olympic appearance at Tokyo 2020, Zadorsky played full time in Canada’s first two matches as the team went on to win the gold medal.

Zadorsky played collegiately for the Michigan Wolverines and was a two-time All-Big Ten First Team in 2012 and 2013 as well as a three-time Academic All-Big Ten (2011-13). Zadorsky was the captain in her senior year and anchored the defense that conceded a program record of just 12 goals in 23 games. She also had her best year offensively with one goal and 11 assists. She finished her NCAA career with three goals and 15 assists in 81 games played. After graduation she played professionally for the Perth Glory in Australia and has since played for Vittsjö GIK in Sweden (2015-16), the Washington Spirit (2016-18), and the Orlando Pride (2018-20).

A Little More About Shelina

Getting into the Sport: Started playing soccer at age 4… Played on an all-boys team at age 11… Grew up participating in track and field, basketball, volleyball… Outside Interests: Graduated from the University of Michigan in 2014 with a degree in Psychology… Enjoys travelling, shopping, watching movies, cafes, music, coaching, spending time with family… Odds and Ends: Nickname: She, Sheen, She-She… Favourite players include Ronaldinho and Thierry Henry…