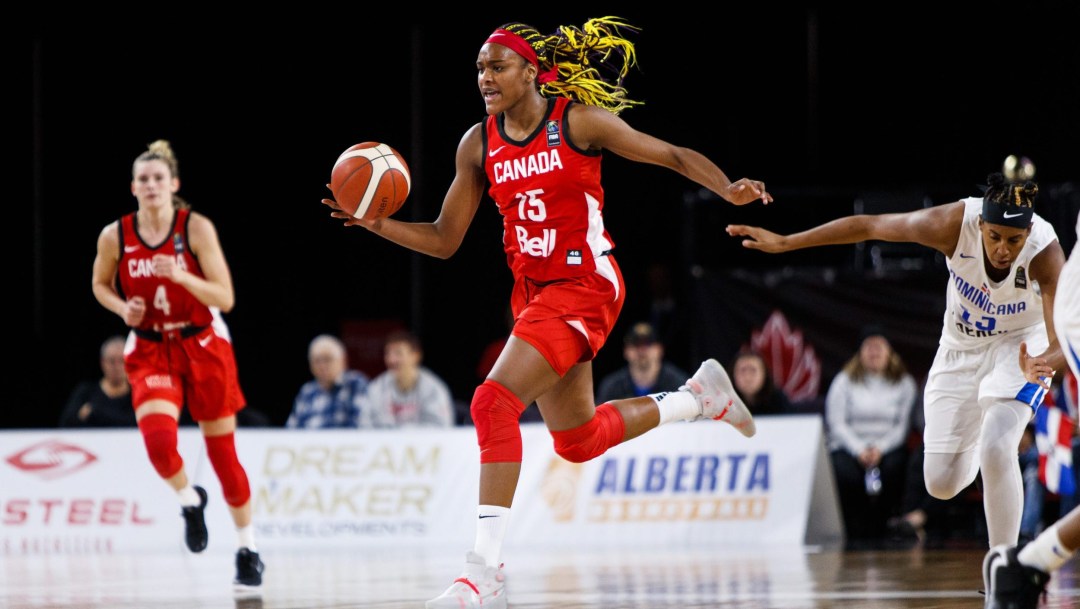 Aaliyah Edwards won gold at the U15 National Championships with Team Ontario in 2017 and was named tournament MVP. She was the youngest member of the cadet national team at the 2017 U16 FIBA America Championship, helping Canada to a gold medal. In 2018 she was part of the team at the U17 FIBA World Cup, averaging more than 25 minutes and 9 points per game.

Edwards made her debut with the senior national team as a 16-year-old, playing in an exhibition tournament in Belgium in 2019. That summer she also joined the junior national team for the U19 FIBA World Cup, where she was again the youngest player on the team and helped Canada to a sixth place finish with 11.4 points and 6.7 rebounds per game. She returned to the senior team for the 2019 FIBA AmeriCup and brought home a silver medal. She also played for Canada at the FIBA Olympic Prequalifying Tournament. In 2021, she was part of Canada’s fourth-place finish at the FIBA AmeriCup. She made her Olympic debut at Tokyo 2020.

Edwards finished her freshman year at the University of Connecticut in 2021, helping the Huskies to the number one ranking in the country and a NCAA Final Four appearance. She was awarded the BIG EAST Sixth Woman of the Year and named to the BIG EAST All-Freshman Team. Before joining UConn as the 23rd-ranked recruit in the class of 2020, she played at Toronto’s Crestwood Preparatory College in the OSBA where she won a national championship and was named 2019-20 OSBA MVP and Defensive Player of the Year.

A Little More About Aaliyah

Odds and Ends: Wears purple and yellow braids to pay homage to the LA Lakers and Kobe Bryant… 2019 NBA Basketball Without Borders Global MVP… 2020 BioSteel Athlete of the Year…