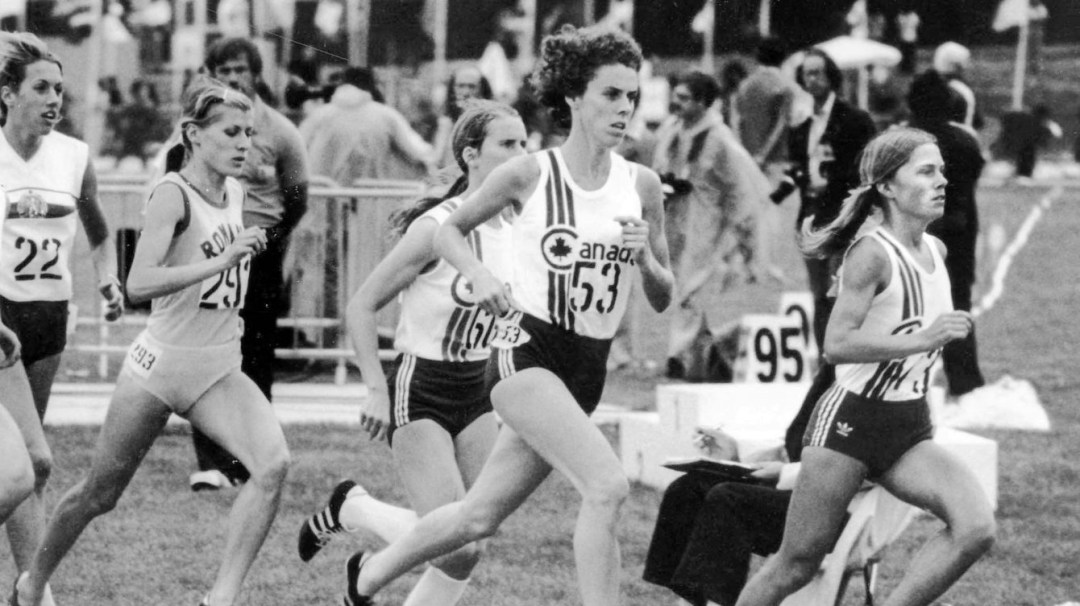 A four-time Olympic 800m specialist, Canada’s Abby Hoffman made her Olympic debut at Tokyo 1964. She twice made the 800m finals finishing seventh at Mexico 1968 and eighth at Munich 1972, in a historic race where the top six finishes either tied or broke the magical two-minute barrier. Hoffman’s 2:00.17 was a Canadian 800m record and remained her career personal best. At the Montréal 1976 Opening Ceremony and on home soil, Hoffman was the first woman ever to carry the Canadian flag into the stadium for the Parade of Nations of a summer Games.

Hoffman’s start in sport began with swimming, skating at the age of three and carrying a hockey stick by the age of five. By nine, she cut her hair short so she could sign up and play hockey in Toronto boy’s Junior A hockey league. Graduating from Humberside Collegiate Institute in Toronto, Hoffman attended the University of Toronto, where in 1966 she was refused the privilege of running on the only indoor track in Ontario. Hart House, which was an all-male facility, was opened to women because of Hoffman’s efforts and where a plaque now bears the quote, “Only she who attempts the absurd will achieve the impossible.”

After retiring from competing, Hoffman became a well-respected sports administrator, activist and promoter of women in sports in Canada and around the world. From 1981-91 she was the first woman to serve as Director General of Sport Canada and was the first woman elected to the Executive Committee of the Canadian Olympic Association in 1981. She became a member of the executive council of the International Association of Athletic Federations (IAAF) and senior advisor to Health Canada. In 2015, Hoffman was given an honorary Doctorate of Laws from her alma mater, the University of Toronto. She was involved in sponsoring the first Canadian women’s ice hockey championships, and the Abby Hoffman Cup, presented to the champion, is named in her honor.